Coaching & Commitment: What it Takes to Make the Games 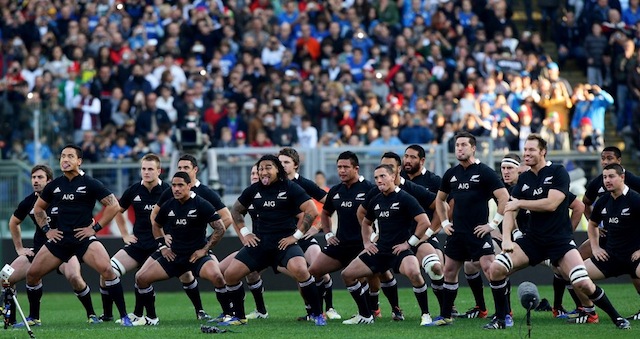 The New Zealand All Blacks Training 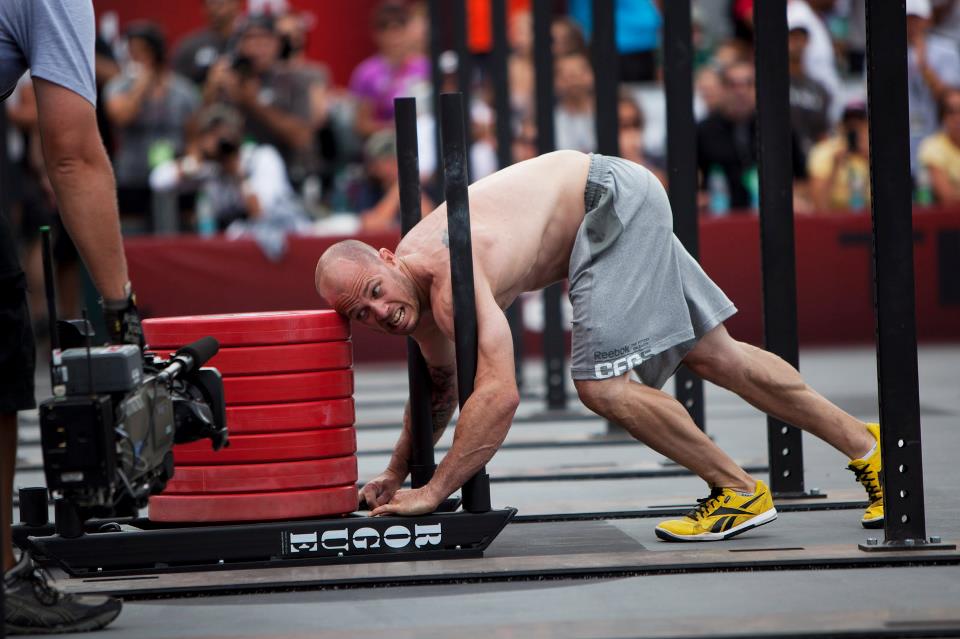 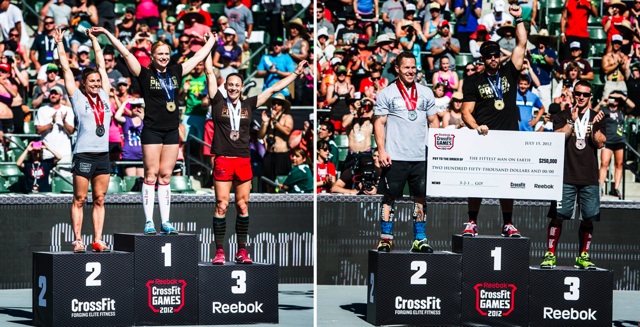 Just how hard is it to win the CrossFit Games?

Take a look at a simple spreadsheet uploaded to Twitter by Tommy Hackenbruck, the CrossFit coach and former linebacker who took second place to Mikko Salo in 2009 and led last year’s winning team, UTE CrossFit.

Hack’s Pack didn’t just win, they Froning’d it, with five 1st-place finishes (no other 2012 team finished 1st in more than one workout).

Earlier this year, Hackenbruck uploaded a list of benchmarks he expected of each Hack’s Pack athlete going into the 2013 Games.

Among these are a sub-3 minute Fran, 12 bar muscle-ups and a Fight Gone Bad score of at least 375… and that was just the women!

Being able to hit those targets would’ve given any man a solid chance of a top 10 finish in the individual competition at the Europe Regional.

When women in the team comp are busting out scores that many guys could only wish for, it serves as a reality check for even the most outstanding CrossFitter dreaming of making it to Carson, California. 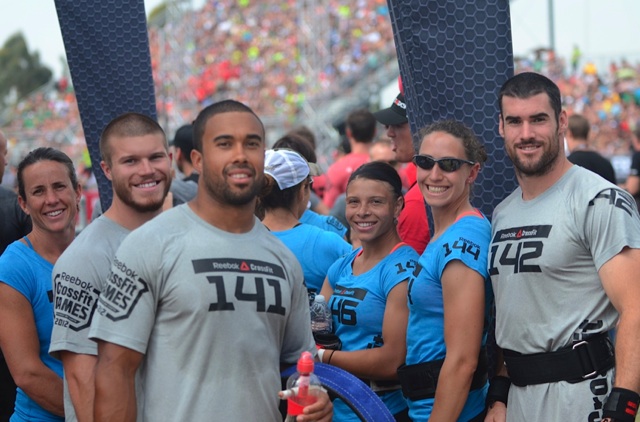 Perhaps once upon a time, a metcon machine with decent lifts could hope for a podium finish. But those days are long gone, says the founder of San Francisco CrossFit, Kelly Starrett.

As is to be expected of the mobility maestro, Starrett says that training must go beyond simple strength and conditioning and dig down into the physics of CrossFit’s physicality.

“The work capacity pony has left; that pony has ridden. Now you have to work really hard and be really efficient to have a chance. When you have movement problems – when you are giving away torque, when you are at a bad mechanical advantage – that catches up to people.”

Starrett has been beating the drum for mobility for years, and he says the athlete community is now paying attention.

“Tier one athletes have started to think about position as a skill. They have started to understand they need to do enough mobility work to optimize their positioning. Many of these athletes are undoing many years of bad mechanics from other sports.”

Starrett has seen this firsthand during his work with top athletes, who have recently included 2012 Games runner-up, Matt Chan, as well as Rebecca Voigt. Annie Thorisdottir’s head coach, Jami Tikkanen, teaches the movement and mobility course in Europe. “Rich Froning thinks a lot about his position and mechanics,” adds Starrett. 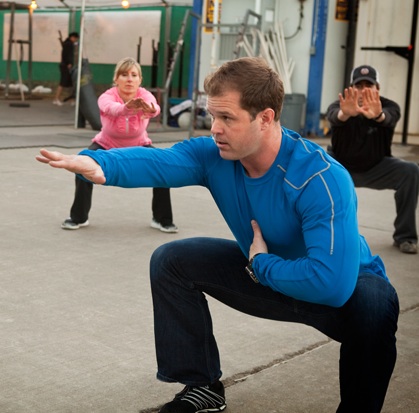 The finer points of correct position are about more than just the extra 1% separating a winner from a runner-up, says Starrett.

“I recently had the pleasure of working with Rebecca Voigt. She’s a phenomenal athlete, but Rebecca probably has another 30% of untapped capacity – that’s how strong and robust and badass she is – and that’s just to optimize her training. For every cake she buys, she is only eating 70% of the cake. That’s a lot of cake left on the table.”

Starrett says that mobility drills and correct body mechanics are about more that just performance during the workout; they are about ensuring the athlete can come back again, and again, in a sport that carries a high degree of risk.

“People want to go faster, or they are injured and they want to be less injured. The reasons people have little nicks and things is they are working at freakish intensities in bad positions and giving away force and power.”

CrossFit athletes put themselves under a whole lot of physical duress: that’s the name of the game. The risks this presents was the focus of a recent article by Max El-Hag, who works at Optimum Performance Training, for James ‘OPT’ FitzGerald, winner of the 2007 Games.

El Hag’s well-researched piece, a must-read for anyone interested in deeper analysis of the Games, suggests that CrossFit as a sport could face a challenge in terms of the longevity of its athletes.

Familiar faces among top-level athletes are essential for a sport’s success. Think what Jordan did for basketball internationally, or what Lance Armstrong did for cycling (before his dramatic fall from grace).

“Apparel companies pay millions of dollars per year to support and sponsor their athletes because they know people will be anxious to follow those athletes they admire and respect.”

The very nature of CrossFit could make that kind of repeat success less likely, he says.

“I look at the volume on joints like the shoulder with kipping pull-ups, muscle-ups, handstand push-ups, ring dips, overhead squats, snatches and jerks within a testing environment and then estimate how much volume is necessary on those joints in training to be competitive in the sport. I don’t believe there will be many athletes who can sustain that type of training volume over time.”

For those who disagree with El-Hag’s premise – perhaps pointing to Rich and Annie’s repeat wins or the CrossFit careers of battlers like Spealler and Khalipa – check out the article for yourself and draw your own conclusions.

But even without the wear-and-tear and risk of injury, the level of training required to reach the CrossFit Games will make it increasingly hard for anyone but the most committed.

Doug Chapman, who coached Julie Foucher to a second-place finish at the 2012 Games, says: “The level of commitment for an athlete to training for the Games is similar to a collegiate athlete: 12-18 hours per week.” 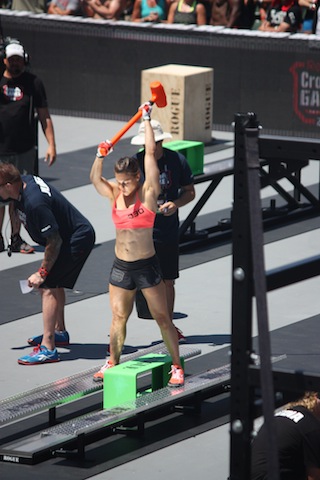 A popular figure throughout the CrossFit community, Foucher dropped a bombshell in October when she announced her withdrawal from competitive CrossFit to focus on her medical degree. The move suggests that, at least for the best of the best, CrossFit has to be first priority.

In announcing she was pulling out of 2013, Foucher wrote: “I have considered every possibility, and I have decided that rather than giving half an effort to the CrossFit Games this year, I must shift my focus to dedicating a full effort to school and the board exam.”

Becoming a world-beating CrossFit Games competitor is becoming a career. It should come as no surprise that many of the athletes who top the tables at Regionals and throw down at the Games are full-time coaches, says Tommy Hackenbruck.

“They not only have more time in the gym to train, but they also have the advantage of demonstrating movements all day long. I probably do hundreds of extra muscle-ups and handstand push-ups each year without even trying, just because I am teaching others how to perform the movement.”

Yes, the commitment is significant. Absolutely, the training requirement is crazy heavy. But according to Hackenbruck, this shouldn’t discourage the typical CrossFitter who is a beast in their own box, from striving to become a Games-worthy competitor.

“It doesn’t matter where an athlete comes from. If they have a dream and a goal and are willing to work for it then they can be successful. It will take some longer than others but there is no ‘prerequisite’ to competing,” he says.

“Becoming a top-level competitor is more about sacrifice and work ethic than it is about God-given talent. The CrossFit Games requires a ton of training and preparation and the pay sucks. Anyone who makes it has extreme commitment and is willing to sacrifice a lot to get there.” 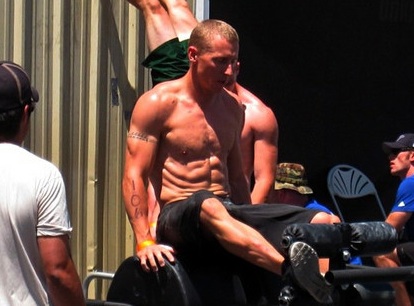 Along with commitment, sacrifice and a training schedule to make your eyes water, the other essential ingredient to making the Games is loving the workload, no matter the cost.

“If you really want to make it to the Games, be willing to invest time and money into training under the best coaches, training with the best athletes, participating in some smaller competitions and most importantly keep it fun. Remember, unless you’re Rich Froning, you aren’t making a whole lot of cash doing this CrossFit thing so you might as well enjoy it,” says Hackenbruck.

This kind of encouragement is what you would want from a world-class trainer. But before getting swept away, revisit Hackenbruck’s list for a reality check. The targets should temper the hopes of anyone weighing their chances of making a dent in the comp at Carson.

“My purpose is to present a very simple list for my athletes’ use for goal setting. I feel that if you can complete the list you are ready to compete as an individual,” Hackenbruck says.

“In order to win the Affiliate Cup the way we did, we had to have six members who were all physically capable of competing in the individual competition. That’s what we brought to the Home Depot Center.”