One on One with Andrew Berridge 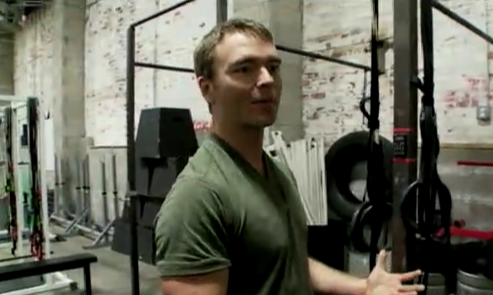 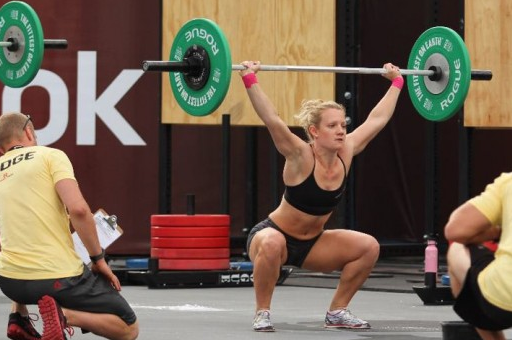 One on One with Amy Dracup 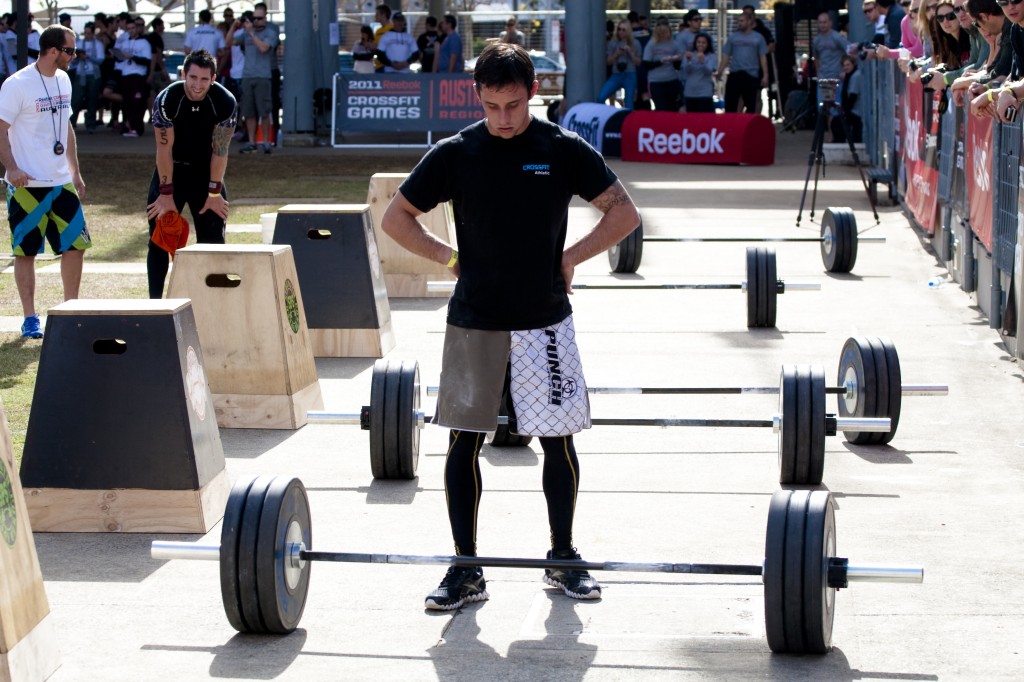 CrossFit has always been well known for the diverse range of athletes that are involved in the sport. In the past we have seen gymnasts, former Olympians, professional footballers and even golfers compete across the world. 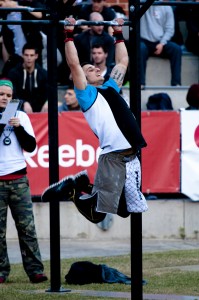 But it seems the martial arts world has seen the biggest number of competitors make the shift over in recent years.

From MMA fighters to boxers to jiu jitsu black belts, CrossFit has been inundated with athletes curious to find out more about the sport.

Andrew Berridge is one of them.

After picking up Karate as a young boy, Berridge soon turned his attention to Thai Boxing, beginning a decade long career, in which he claimed eight belts, including six national titles.

Berridge was on his was up and had his sights firmly set on international success. However, in a move that shocked the kickboxing world, he decided to quit less than two years ago.

One of his reasons, he fell in love with a sport called CrossFit.

Fast forward 18 months and the man who was once knocking out fighters in the ring, is now knocking out personal best Fran times and competing on the national scale in a sport he is still very new to.

This week John caught up with Berridge to find out more about his move to CrossFit, why so many fighters are making the switch to the sport, and how he thinks he’ll perform at this year’s Games. 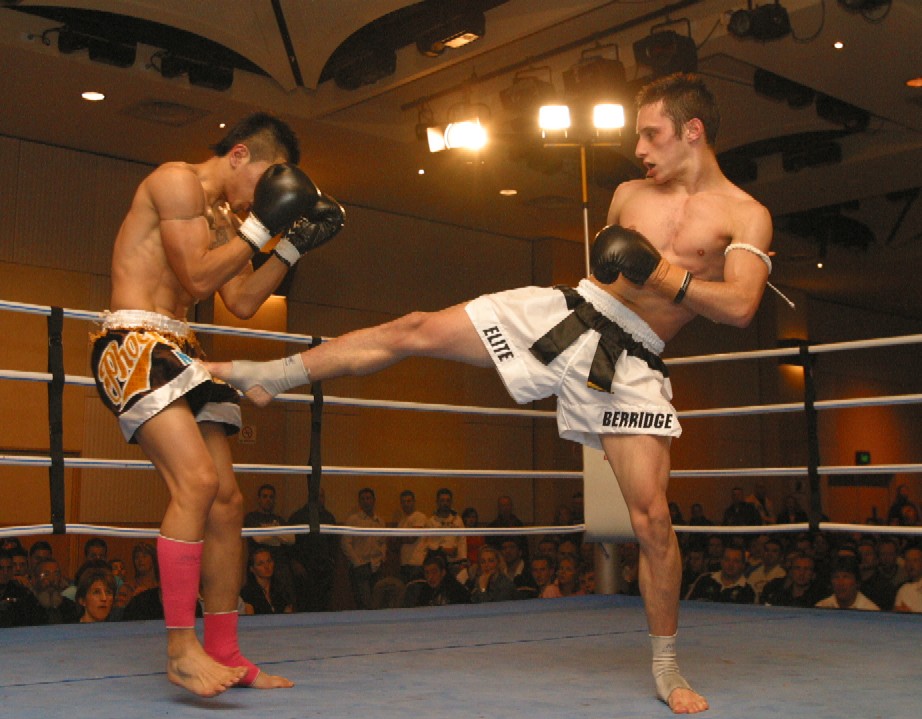 Andrew Fighting back in 2007 Image: infinitemma.com

So Andrew after six national titles and a swag of other belts, how did you stumble across the sport of CrossFit?

It was actually with a mate of mine­, we were discussing it and he mentioned it. I had a look at it and then thought if I’m going to train this stuff I may as well get my certification, so I did my level one in February 2009 and thought I’d learn the sport properly before I hurt myself I suppose. So I’ve actually only been in the sport for just under two years.

You’ve also had a really successful start to the sport too, qualifying for the Australian regional titles in 2011 and finishing 42nd. You must be pretty happy with your progress?

Yeah I was wrapped to get to Regionals. That has been a two-year aim for me. I just happened to go really well in the Sectionals and ended up qualifying. That was a pretty cool achievement for me and I was pretty stoked. It was a dream at this stage in my career.

As far as Regionals – that was a brutal three days. I got hammered in one of the workouts and I just wasn’t big or strong enough at that stage. I did well in the first workout and came sixth, but the other ones just killed me.

So as a kickboxer and a martial arts lover, what drew you to CrossFit?

I really liked the fact you can go hard out. I like the challenge of it, I think everyday is something new and you’re constantly learning and evolving with it. And you can absolutely destroy yourself every day too, every day you get you get to compete against yourself. I’m a competitive kind of guy and that element really drew me to the sport. It filled that competitive urge that fighting kind of left. You can compete against other people but then you turn the clock on and you are competing against yourself.

I think definitely it really goes hand in hand with the nature of a fight as well. You know, you have that stop-start high intensity feeling of a fight and I think CrossFit is the closest thing I’ve found to emulating one. When you’re exhausted and you have to keep going, it’s not only training your mind, it’s training your body. So I think the two go hand in hand with that aerobic and strength ability.

Now you weren’t the only former kickboxer taking part in the regionals either, who else qualified last year?

Yeah I came across Josh Bromley (former Australian Super Featherweight Champ) at the event. I think he used to fight a few years before me. But yeah he said he had a few fights as well so we had a good chat together.

Do you think we’ll see even more kickboxers, and even MMA fighters move into CrossFit in the future?

Definitely. I think you will see more fighters coming through, I know a lot of MMA fighters are already training and I think we’ll see more of them entering CrossFit competitions in the future.

I know a lot of my kickboxing clients train CrossFit because of the well rounded nature of it, because you get strength gains and aerobic gains, so it’s similar to kickboxing training and perfect for a fighter. And if they do it, you’ll have a fit, fast, strong, dangerous dude right there!

What advantages do you have over other CrossFit competitors with your kickboxing and martial arts background?

I’m pretty mentally strong in the sense that I don’t mind being by myself. When you fight you can have the best team around you but when you get into the ring you’re alone and I think it’s the same during a CrossFit workout. When you’re exhausted and you can’t pull yourself onto that bar, you have to be mentally strong and I think that helped me bucketloads. For me, I didn’t rely on anyone when I was in the ring and, I mean, fighting is quite a lonely sport in the end, CrossFit is very similar.

How have you been preparing for the 2012 games?

Training has been going really good. I’ve got a coach in Canada programming for me, as well as a great set up at Blackbelt Pro Gym Randwick and in my backyard where I predominately train, and I’ve got few mates that own a CrossFit gym called CrossFIt Athletic helping me out. I’m fitter, stronger and faster than I was last year and a bit bigger, so I’ve put on a bit of weight, which is nice. All things are pointing in the right direction. I don’t think I can win the thing, but i’ll definitely give it a shake that’s for sure.

Who are the best competitors to watch out for in your regional section and on the world scale?

In Australia Chris Hogan is one of the best. He’s unbelievable, just really composed and well rounded.

On the world scale, Rich Froning Jnr is just ridiculous. But, I mean there’s a heap of guys that I could name, anyone who makes that top ten is unreal, and at the end of the day it really comes down to what workouts come out of the hat.

So run us by your weekly training routine?

I probably train five to six days a week at the moment because of regionals just around the corner. I’m training two to three times a day, and most sessions involve a strength component, weather it’s Olympic lifting, or Powerlifting. Then in the afternoon I hit a workout like a met-con workout. So there’s always a strength element in the morning and a workout in the arvo, usually whatever WOD is on the board.

What diet are you on?

I don’t do Paleo, I’m too small to Paleo. I like my sugar and carbs too much! Usually I eat quite well, I do eat clean but I definitely eat a lot.

But I respect people who do Paleo, because it is pretty good for you, but I just like the whole breads and pasta thing too much, they just mean too much to me (laughs)!

I’ve started another business with a mate its a CrossFit tour company called ‘WOD Tours’. We’ve got the “who’s who” of CrossFit and we’re taking people from all around the world on ten-day training tours around the States. Our first tour is in May and will have Chris Spealler, Jason Khalipa and Kelly Starrett all involved.