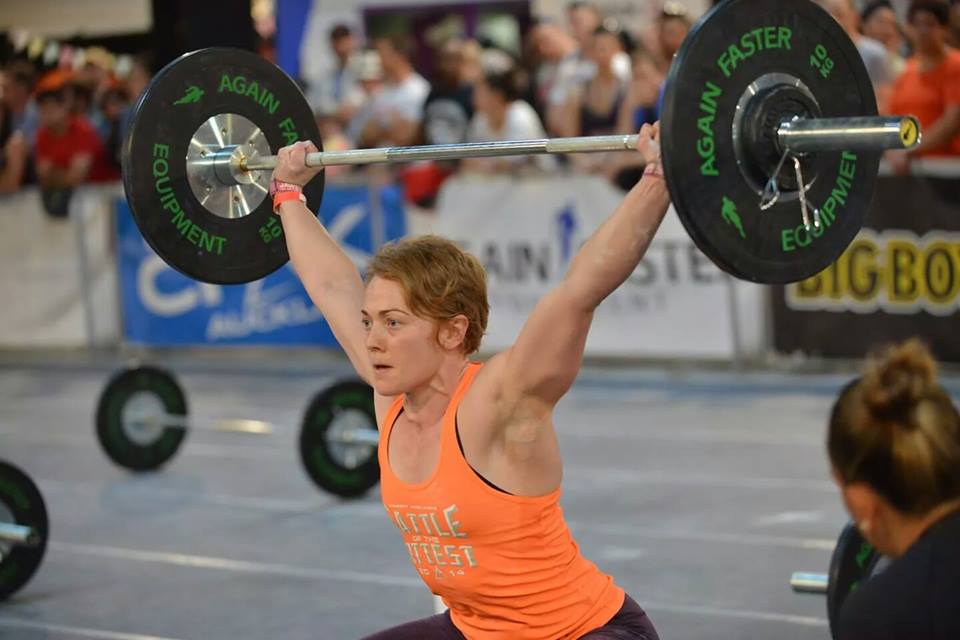 Ruth Anderson-Horrell – Taking a Break in 2015 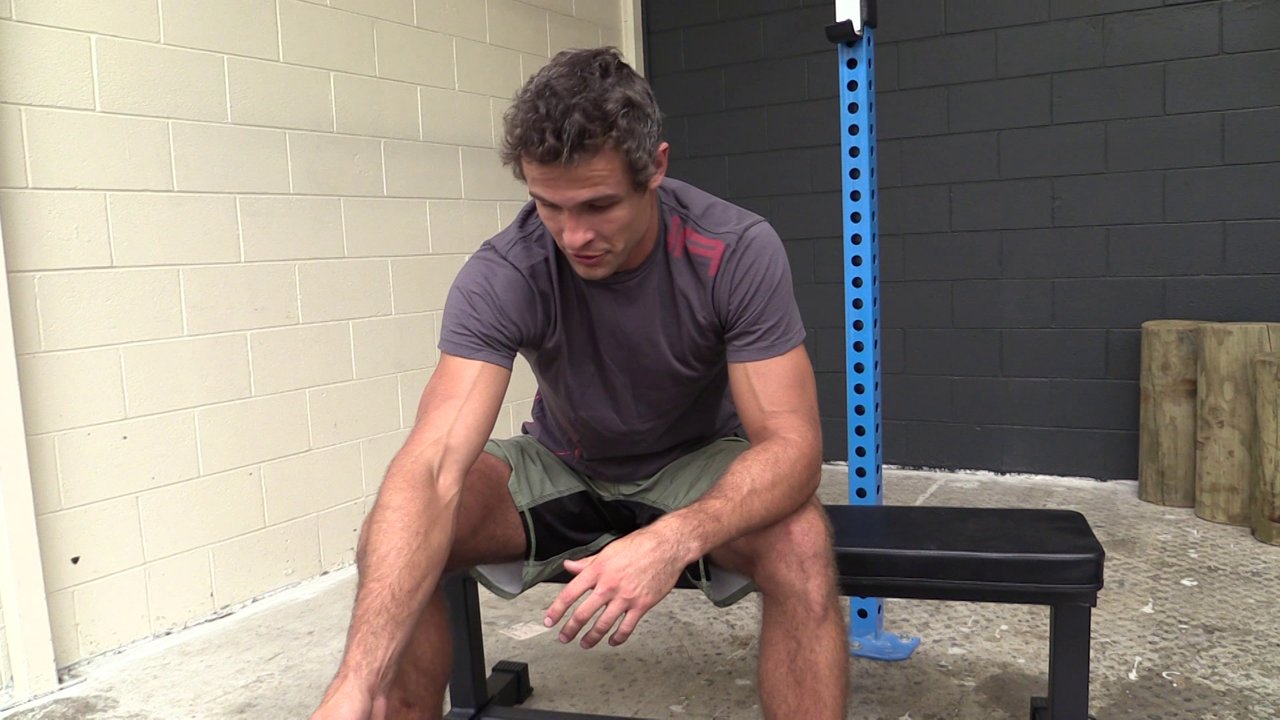 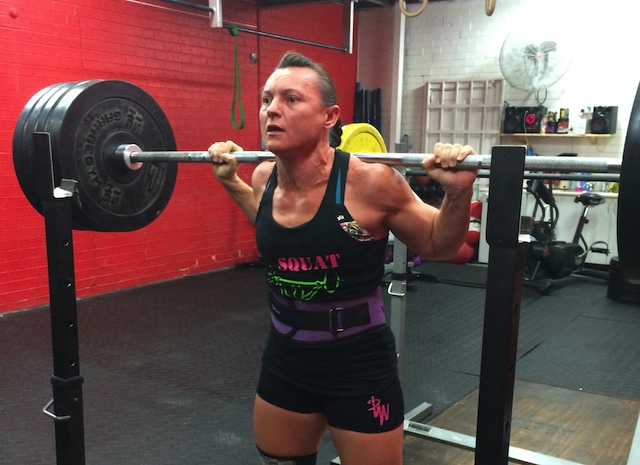 In 2014, CrossFit Never Say Never athlete Angela Hudson competed in both the Australia Regional and the Masters Qualifier.

Hudson was one of the athletes who benefitted from the rule changes to the team competition which required athletes to select individual or team at Regionals.

After numerous athletes pulled out of the individual competition to go team, Hudson qualified for the Australia Regional in one of the final spaces.

But she’s under no illusion that it will happen again in 2015.

Under the new Regional structure, just 30 Australian athletes will vie for the five tickets to the CrossFit Games, along with 10 athletes from the Asia region.

“The changes aren’t going to affect my preparation for the CrossFit Open too much as my only focus is going to be on qualifying for the Masters,” Hudson said. “I honestly don’t think Regionals is realistic.”

“The field of women in Australia is so fantastic. They’re so strong, so quick and while not all are young, some of them are and recovery time for them is less. My body feels it the next day.”

While it isn’t uncommon to find mums among the elite CrossFit athletes in the world, it’s also not the norm.

Hudson is a mother of four who wakes up at 3.30am to get in a 4am training session before working full time and coaching.

For her, committing her entire life to becoming one of the top CrossFit athletes isn’t on the cards. 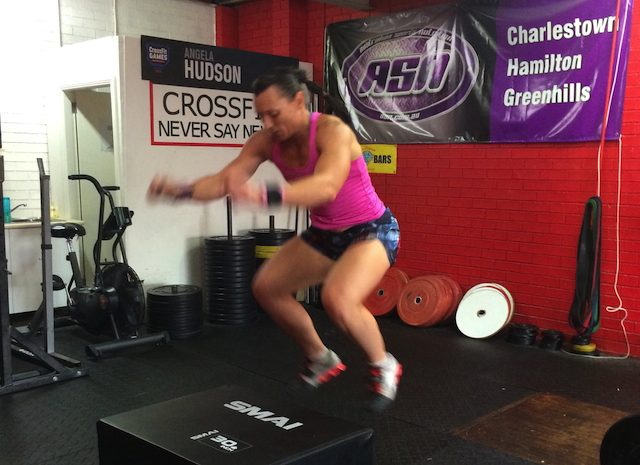 “I’m not at that stage, so for me I’m focusing on mastering the movements for the Masters,” she said. “If I got to Regionals, I’d be stoked, but realistically I can’t see it as the changes have taken away 18 places.”

The preparation for the Masters has seen Hudson focus more on her gymnastics, and specifically strict gymnastics.

“I’m strong in all areas except gymnastics,” she said.

Hudson boasts a 157kg deadlift, 77kg clean and jerk and a 58kg snatch, but smooth, consistent ring muscle-ups have proved elusive for her.

“I’ve been to other gyms to get coaching and still nothing. I have the different elements, but it’s just the co-ordination to put it all together.”

The other element she has struggled with in the past has been the handstand walk, which saw her finish at the bottom of the leaderboard in Event 2 at Regionals with zero metres.

“It’s improving and I can get it done now, but it’s still not great,” she said. “My handstand push-ups are getting better and I’ve been working on the strict component of it, but my shoulder flexibility and mobility has been an issue.”

Should the Masters Qualifier be the same as last year, Hudson says she believes she would do well. 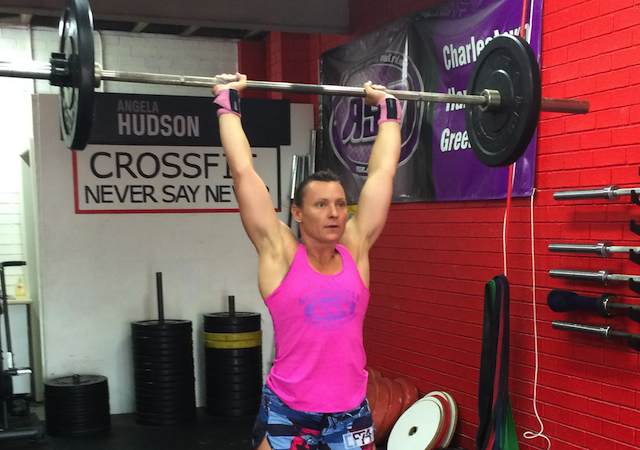 When it comes to the Open, however, with the introduction of the scaled division, she wouldn’t be surprised to see the prescribed weight get heavier and the movements more advanced.

“It wouldn’t surprise me to see ring muscle-ups become a feature of a workout, rather than at the end like it was in the chipper in 2014,” she said. “In previous years, the weight has been relatively light such as in the snatch and double under workout where it was 25kg.

“I’m thinking the prescribed weight this year will be more like 35-40kg with the scaled division working with a lighter weight and I can see them throwing in things we haven’t seen in the Open before, like pistols.”

It comes down to the theory behind CrossFit: expect the unexpected.

For the next week, Hudson will continue to follow her husband, Joel Hudson’s, programming at CrossFit Never Say Never while focusing on her diet and nutrition.

“One of my sponsors, ASN is running a 10 week body challenge that I’ve been following,” she said.

“While I already eat healthily as it is, it never hurts to tighten up your diet.”

She said she hoped it wouldn’t interrupt her energy and performance, but should that be the case she would return to what she knows works.

At the time this article was published Angela Hudson was sitting in 124th place in the Australia Region with a score of 161 in 15.1 and 176 in 15.1a. You can follow her progress throughout the 2015 CrossFit Games Open by following the leaderboard here.