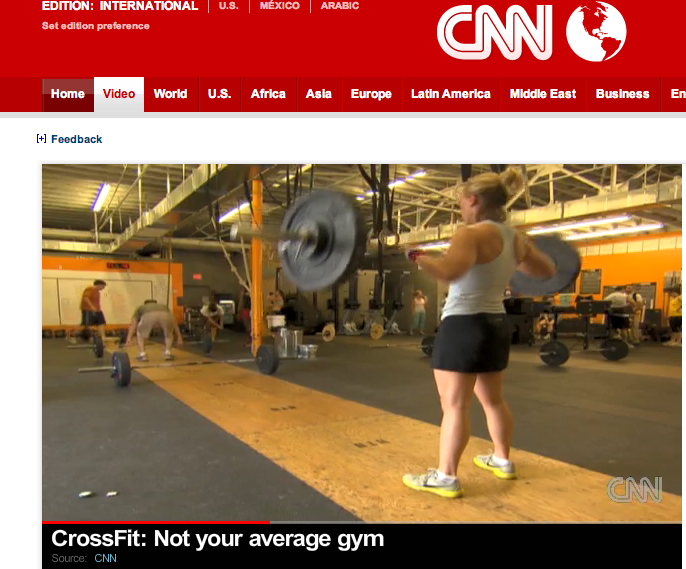 WJTV News Channel 12, Jackson, Mississippi’s CBS affiliate ran a CrossFit piece earlier this week. At first it appeared it was your standard news piece about a CrossFit box. i.e. they pop into an affiliate, have the owner describe CrossFit’s principles and then show a few clips of individuals going through a workout. However, something about the clip seemed familiar. I was sure I had seen it somewhere before, and after a bit of research I found it was indeed the identical piece CNN had ran all the way back on June 4, 2010.

This by no means has anything to do with the affiliate in manner. It simply is a case of lazy journalism and talks to wider issue of media ownership and syndication which is a discussion for another time. Although using the same clip that was produced back in 2010 is just not the best journalistic practice if that is in fact what happened. I understand networks share stories but using a piece that was filmed almost two years ago?

In any event it is great that the gym got a little more exposure, although you can only hope the next time WJTV News does another CrossFit style report they could actually take the time to go see the good work over at BTB Fitness for themselves.

You can watch WJTV’s report in the video below. Alternatively you can see [CNN’s report here.]