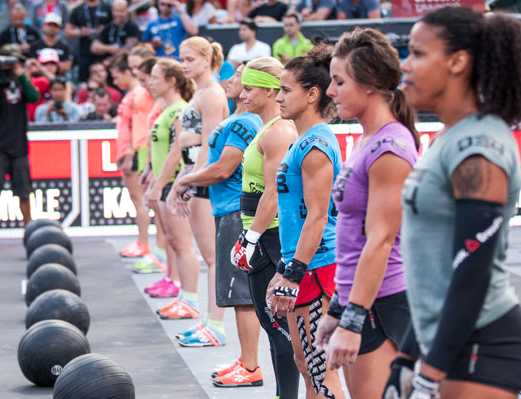 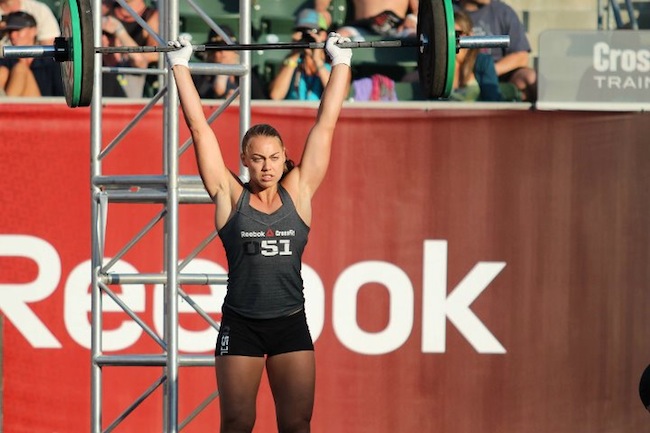 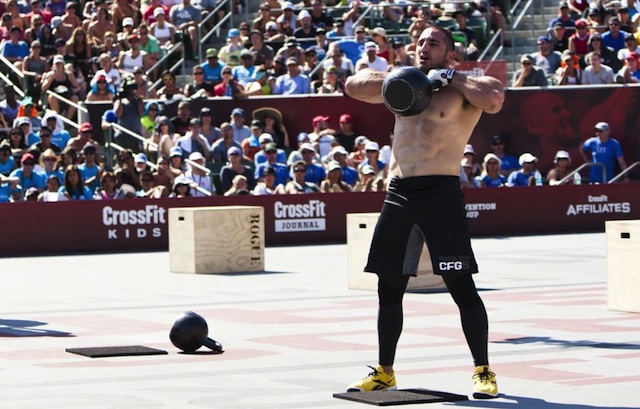 “If you’re going to wear gloves, make sure they match your purse.”

Inside a CrossFit gym somewhere around the world, these words were once spoken and have since been echoed time and time again. As a result, members of “Team Glove”, or CrossFitters who regularly wear gloves during workouts, have become a disparate minority in any CrossFit class, left to hide their protected hands in shame before the familiar call of “3-2-1-go!” and miss out on jokes being told at the local chalk bucket.

I’ve been a proud member of Team Glove for the past year. Previous to wearing gloves, even as someone who did gymnastics in high school, my hands would rip about once a month from high repetition workouts.

How many times have my hands ripped in the past year? Not one time.

By no means do I consider myself to be anywhere near an elite CrossFit athlete. But for purposes of wear and tear comparison, like many CrossFitters, I’ve completed 20+ rounds of Cindy, max pull-up sets of over 40, strung together some muscle-ups, swung a few max effort sets of kettlebells overhead, and regularly performed high rep toes to bar sets on many occasions throughout the past 12 months.

Through all these skin-ripping movements, not once did I go to the chalk bucket, nor did I end up with blistered or bloodied hands. For those worried about grip strength on barbell movements, I actually take my hand protection a step further by applying runner’s Body Glide to my hands before I put on my gloves to reduce friction, the cause of most rips, between my skin and the gloves themselves. While not Herculean by any stretch of the imagination, I can clean and jerk nearly 1.5 times my body weight and can deadlift 2.5 times my body weight wearing gloves with purposefully slicked hands covered in Under Armour batting gloves.

WebMD recommends not popping blisters, as “the fluid-filled blister keeps the underlying skin clean, which prevents infection and promotes healing…Do not remove the skin over a broken blister. The new skin underneath needs this protective cover.”

Many CrossFitters often rip their hands before the skin has a chance to blister. When we do blister, we often do the complete opposite over the course of a workout – we rip the skin clean off. From a hygiene and avoidable injury perspective, this didn’t make sense to me. CrossFit is supposed to be a functional training program and there was nothing functional about ripping huge areas of skin off my hands on a somewhat regular basis. 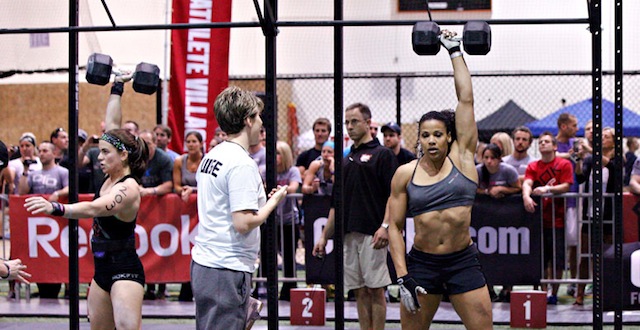 How I came to join Team Glove.

I remember the workout that made me join Team Glove. It was Triple Jackie from main site on January 20, 2012.

After rowing 3000 meters, performing 150 barbell thrusters, and 90 pullups, I was left with seven deep, bleeding rips in my hands, despite wearing Again Faster grips. The rips stopped me from working out at my beloved gym for a week and it was extremely painful to eat delicious tacos with my good friend Justin that afternoon. Something had to change, not just because of the tacos, but because it didn’t make sense for me to miss out on 25% of my monthly gym membership because of rips. Instead of wearing my open wounds as a badge of honour, I realized there was nothing cool about ripping.

Rips are preventable injuries, like avoiding rope burns by wearing long socks. I had tried filing down my callouses, moisturizing my hands, adjusting my grip on the pull-up bar, and wearing grips “made for CrossFit.” For me and my skin, none of it seemed to work for extended periods of time.

From watching the 2011 CrossFit Games, I remembered seeing some of the sport’s top athletes like Spencer Hendel, Camille Leblanc-Bazinet, Jason Khalipa, Elisabeth Akinwale, and Katie Hogan wearing gloves at various points of the Games. Though fewer members than you can count on one hand wore gloves at our gym at the time, I gave it a shot and have never looked back. Even better, one of my good friends at our gym told me that the gloves the athletes wore at the Games were just batting gloves, not marked up “CrossFit gloves.” I realized it wouldn’t be a big financial investment compared to missing out on my gym membership.

We know that CrossFit is about developing mental and physical toughness, pushing your limits, and discovering what you can do. Personally, I also have a regular office job that requires me to shake peoples’ hands without worrying about infection or grossing people out, and type comfortably without repeatedly reapplying band-aids, Neosporin, New Skin, or even salt. For me, I decided it was worthwhile to adjust to gloves because I never wanted to miss a workout or be forced to awkwardly fist bump friends at weddings because of a rip ever again. 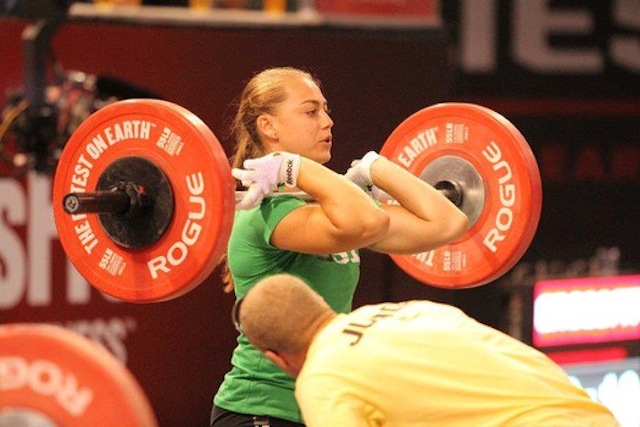 After over a year of being a member of Team Glove, there are common assumptions, positives, and negatives to wearing gloves in workouts that I’ve considered and been asked about on multiple occasions.

Even as a proud member of Team Glove, I do not wear gloves when going for a 1 rep max deadlift. Additionally, I’ll admit it can be difficult to maintain a snatch hook grip for extended periods of time while wearing gloves. That being said, wearing gloves feels completely comfortable when performing up to 90% of my 1 rep max on every barbell movement, which makes them fine to wear for most CrossFit workouts, which generally require repetitions at weights lower than your 1 rep max.

For high repetition pull-ups, toes to bar, muscle-ups, or even handstand walks outside on hot pavement, when you wear gloves, you won’t ever cut a set short because your hands got sweaty or too hot. While you might adjust your bar grip slightly as you get comfortable performing the movement with gloves, most athletes who claim to never rip without gloves have also adjusted their hand placement as well

If I was specifically working on heavy Olympic or barbell lifts all day, wearing gloves might make less sense. For the majority of regular CrossFit workouts, I rarely feel like my grip strength is compromised. Even if your grip feels slightly different on a pull-up bar or set of rings, you’ll have more than enough grip to perform the movements once you’ve adjusted and I can almost guarantee that your grip with gloves will still be significantly stronger than when you’ve fought through reps while nursing torn blisters using hands covered by layers of athletic tape.

“Gloves take too long to adjust and they’re uncomfortable.”

Want to instantly add two rounds to your Cindy or cut 30 seconds off your Fran time? Stop visiting the chalk bucket. When you wear gloves, you never use chalk and once you’ve adjusted, previous frequent chalk bucket visitors will find themselves setting PRs on every girl workout.

Even if you don’t do a full-on Lebron James chalk toss (video below) after each journey to the chalk bucket, the clock doesn’t stop for the round trip and hand clapping that comes with every trip to CrossFit’s version of the office water cooler. If your gym is strict about keeping chalk messes inside the bucket, as many more are by the day, you’ll also never be the criminal who left a powdered donut-worthy mess all over your gym’s rubberized floors.

If your gloves are uncomfortable, chances are they’re too big. For CrossFit, gloves should fit as snugly as possible, with your fingertips nearly, if not completely, reaching the limits of each finger and a non-padded palm area that sits flush with your palm. If you find the right set of gloves, they’ll rarely bunch up. At most, you’ll slightly pull them up before beginning your next set, in a fraction of the time it would take you to go through a chalk routine.

“A friend of mine used gloves and the gloves tore on the first rep. They’re too expensive to replace.”

Much like many pairs of Inov-8’s have been chewed up descending from rope climbs and some of the most expensive CrossFit jump ropes have been known to fall apart, both of which are somehow accepted facts within the CrossFit community, equipment fails every now and again. Shoes will rip, jump ropes will fly apart, barbells will bend, and with no exception, gloves will occasionally rip.

When choosing a pair of gloves, choose a high quality pair with a quality warranty. Under Armour has arguably the best clothing warranty program in the world – clothing can be exchanged at any time for any reason, regardless of when you bought it. If in fact your gloves rip on the first rep or even after months of using them regularly, if you buy a quality pair of gloves with a warranty, you can mail them back and replace them.

“Wearing gloves makes you look like an exercising Power Ranger.”

This is probably true.

Is Team Glove for you?

While there is certainly validity to questions around grip strength with gloves as it pertains to max effort lifts, for 95% of all CrossFit workouts, you’d be surprised how much wearing gloves will not hinder your performance. In fact, for movements like high repetition kettlebell swings, pull-ups, and most CrossFit “Girl” workouts, there’s a good chance that wearing gloves will not only prevent you from ripping, but it could possibly improve your workout times by eliminating your trips to the chalk bucket. 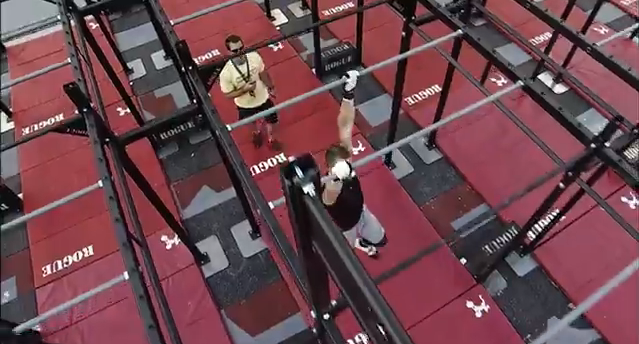 CrossFit is meant to prepare us for life. For many of us, our life outside of the gym includes professional meetings, social gatherings with people outside of our CrossFit circles (really!), and using our hands for purposes other than repeatedly picking up heavy stuff and launching our bodies into the air, where an occasional open, oozing wound doesn’t illicit smiles as it might in our box. Much like you would wear long socks or shin guards to protect your legs from burns on rope climbs, wearing gloves during CrossFit protects your hands from a similar fate day in and day out.

For those of us who are dedicated to lifting heavy all the time, by all means, a membership to Team Glove may not be in your future. But for those of us who don’t want to be sidelined from a future workout or struggle through one because of avoidable painful rips and blisters, wearing gloves could be the answer, even if they don’t match your purse.