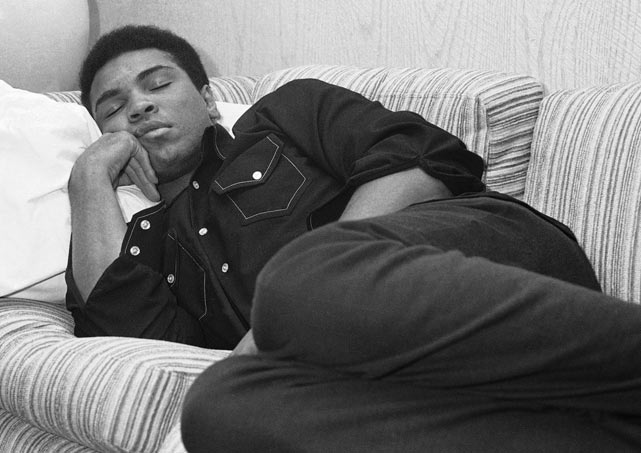 How Athletes Can Monitor Their Sleep Performance 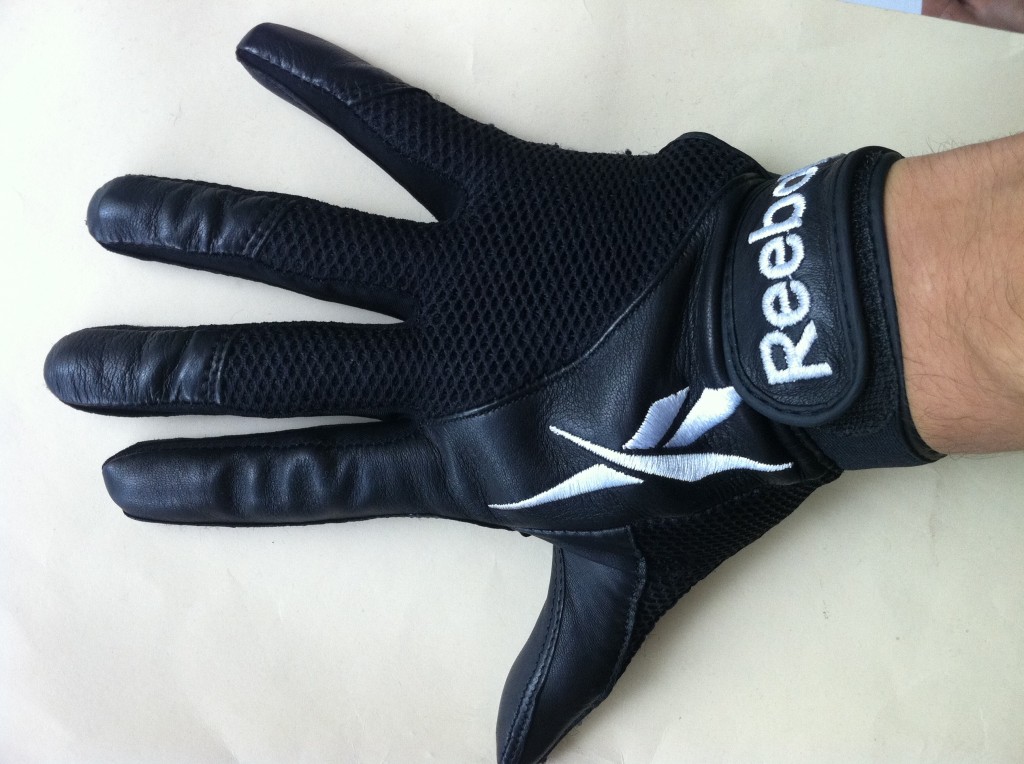 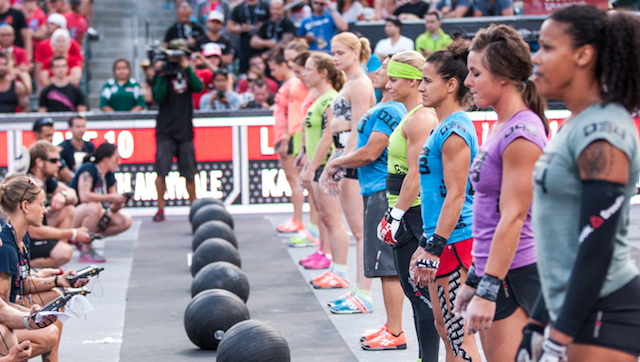 With the 2013 CrossFit Regionals just around the corner, we thought we’d take the opportunity to take at look at some of last year’s results, in particular the importance of performances during the CrossFit Open.

If you take a look at the results of the 2012 CrossFit Open vs. 2012 CrossFit Games, there are some performances that catch your eye, and some others that leave you wondering what happened.

Especially in the women’s division.

Out of the top 20 female athletes in the 2012 CrossFit Open, seven were knocked out in their respective Regionals competitions. Emily Bridgers was the biggest surprise, finishing the Open in fourth place overall, but then missing out on a Games spot by finishing fourth at the South East Regionals. Andrea Ager also missed out on a ticket to the Home Depot Center after finishing fifth in the tough Southern Californian Regional, despite placing sixth overall in the Open.

On the flipside, however, there were also a number of athletes who flew under the radar during the 2012 CrossFit Open, only to star during the Games.

Here is a closer look at some of these athletes:

Superwomen, Wonder Woman, Supermum – any of these names could easily be given to Valerie Voboril of DogTown CrossFit.  After competing at the 2009 CrossFit Games, Voboril took out thirdplace at the 2010 Games. She then took a year off in 2011 to have a baby girl, only to return to the Home Depot Center in 2012, finishing fifth overall.

I know Annie Thorisdottir is the repeat Games champion, but Voboril’s performance at the 2012 Games was easily one of the stories of last year’s CrossFit season.

Her experience at big competitions and capacity to perform a large volume of workouts over a multi-day event is proven. Voboril placed 53rd in the 2012 CrossFit Open, so finishing 43rd in 2013 is nothing to worry about. 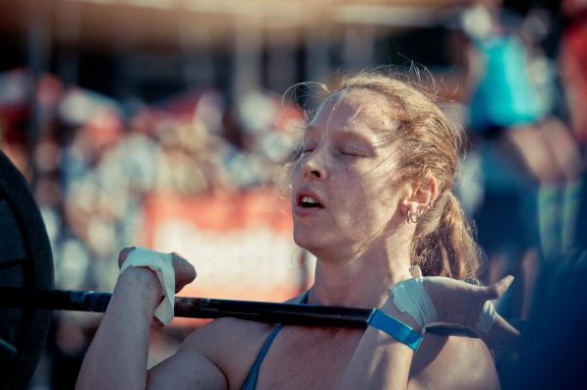 Elisabeth Akinwale, training out of CrossFit Construct, admits that her training this year is all geared towards the CrossFit Games. Although she did say she wanted to improve on her Open Result from last year.

Mission accomplished!  Akinwale went from 93rd in the world in the 2012 CrossFit Open, to 27th overall in the 2013. Despite her poor finish in last year’s Open, Akinwale went on to claim the North East Regional title, and then finish seventh at the Games.

I can’t write this article without mentioning Stacie Tovar from CrossFit Omaha. Tovar doesn’t have the big profile that Annie Thorisdottir, Julie Foucher or Kristen Clever might have, but she is one of the most experienced female CrossFit competitors in the world.

A well-rounded CrossFit athlete, Tovar is excellent in gymnastics and weightlifting, and understands virtuosity as well as anyone. That’s why few people were surprised to see her finish 12th at the 2012 CrossFit Games, despite finishing the Open in 64th place worldwide.

Placing 33rd in this year’s CrossFit Open is a huge improvement on last year, and she is on track for another appearance at the Home Depot Center in 2013. 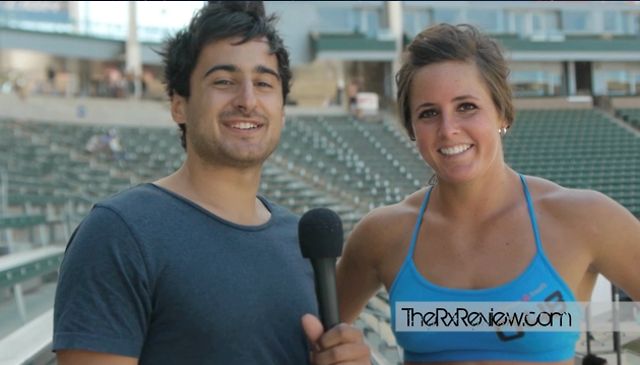 Stacie Tovar and John At the 2012 CrossFit Games

Training out of CrossFit Real Fitness, Talanya Fortunato was not a new face at the 2012 Regionals, but 2012 was definitely her break out year, qualifying for the Games and then claiming a podium finish.

After finishing fourth in the 2010 and 2011 Regional events, few people expected Fortunato to make the top 10 at the 2012 CrossFit Games, let alone finish third overall.

In the end, it all came down to one pull up in the final workout of the 2012 CrossFit Games, with Fortunato, the self confessed Spider Monkey, staying on the bar, as 2010 Games champion Kristan Clever fell off, handing Fortunato a podium finish.

After finishing this year’s CrossFit Open in 45th place overall, history shows us she is still very much in the running to qualify for her second straight CrossFit Games. 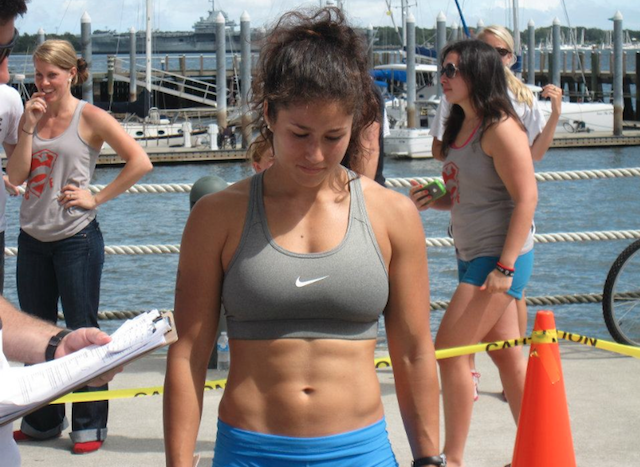 The bottom line is, CrossFit, just like many other sports has a ‘season’. A season that starts with the Open, continues with the Regionals, and then finishes with athletes peaking for the Games. Training will always be tailored to certain periods during the ‘season’, and Open performances are usually more of an indication of the general level of fitness and ability of athletes, rather than a true reflection of where they rank across the world.

You can’t predict how an athlete will perform over 3-5 days of multiple workouts, or how they will hold up mentally and if they crack or thrive. While many experienced athletes are able to handle the unknown in front of large crowds, others may find the experience daunting and overwhelming.

The biggest change from the Open to the Regionals is the one shot competition. There is no repeat, no second chance. You have one attempt at each workout and it won’t be at your home box. It will be in front of crowds, with bars that you’re not used to, different sized kettlebells or med balls, with no familiar faces next to you telling you to go for just one more rep.

Interestingly both Emily Bridges and Andrea Ager have finished top 10 (5th and 6th respectively) in the Open this year. I wonder if they’ve done their homework this year and applied the lessons they learned from last year’s failure to qualify…

Victoria (Tors) Jarvis is a Level 1 CrossFitter with a background in athletics, gymnastics, netball and rugby union. From Melbourne, but now based out of Adelaide, Australia, she also runs the Paleo blog GrowEatRun in her spare time.