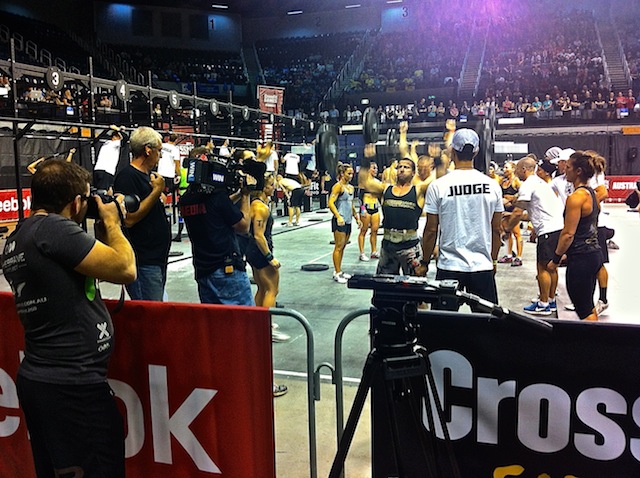 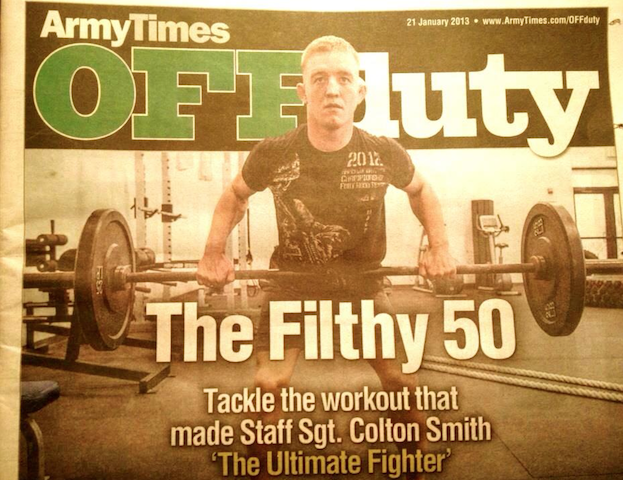 Colton Smith on the cover of the Army Times

With the Ultimate Fighter Season (TUF) 17 airing tonight (in the United States) we take a moment to look back at last season’s winner, Colton Smith.

Smith or Army Staff Sgt. Colton Smith as he is better known, came to season 16 of the reality show with a background in wrestling. He was also the Chief Combatives Instruction for III Corps at Fort Hood.

Smith went undefeated during his season last year by wearing down his opponents with his impressive fitness and wrestling skills.

In the video below, Smith shows us his adaptation of the famous CrossFit workout, the Filthy 50.

Smith’s version of the WOD is a little different to how standard CrossFitter’s do it. Instead of having 10 stations, Smith has just eight. His version also has a complete different set of exercises.

Unlike the standard version, which consists of box jumps, kettlebell swings, jumping pull ups, burpees, double unders, walking lunges, knees to elbows, push press, back extensions and wall balls, Smith’s workout is made up of the following: