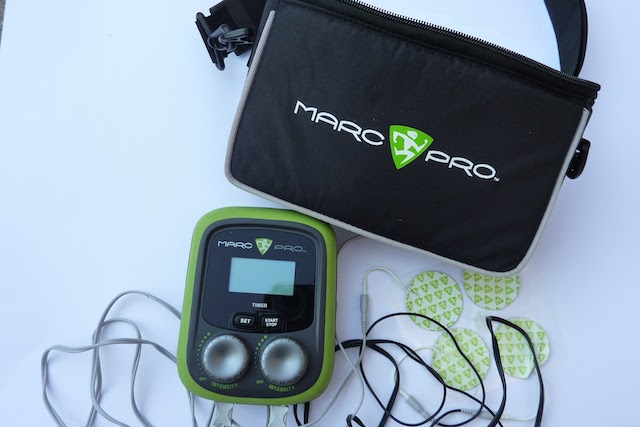 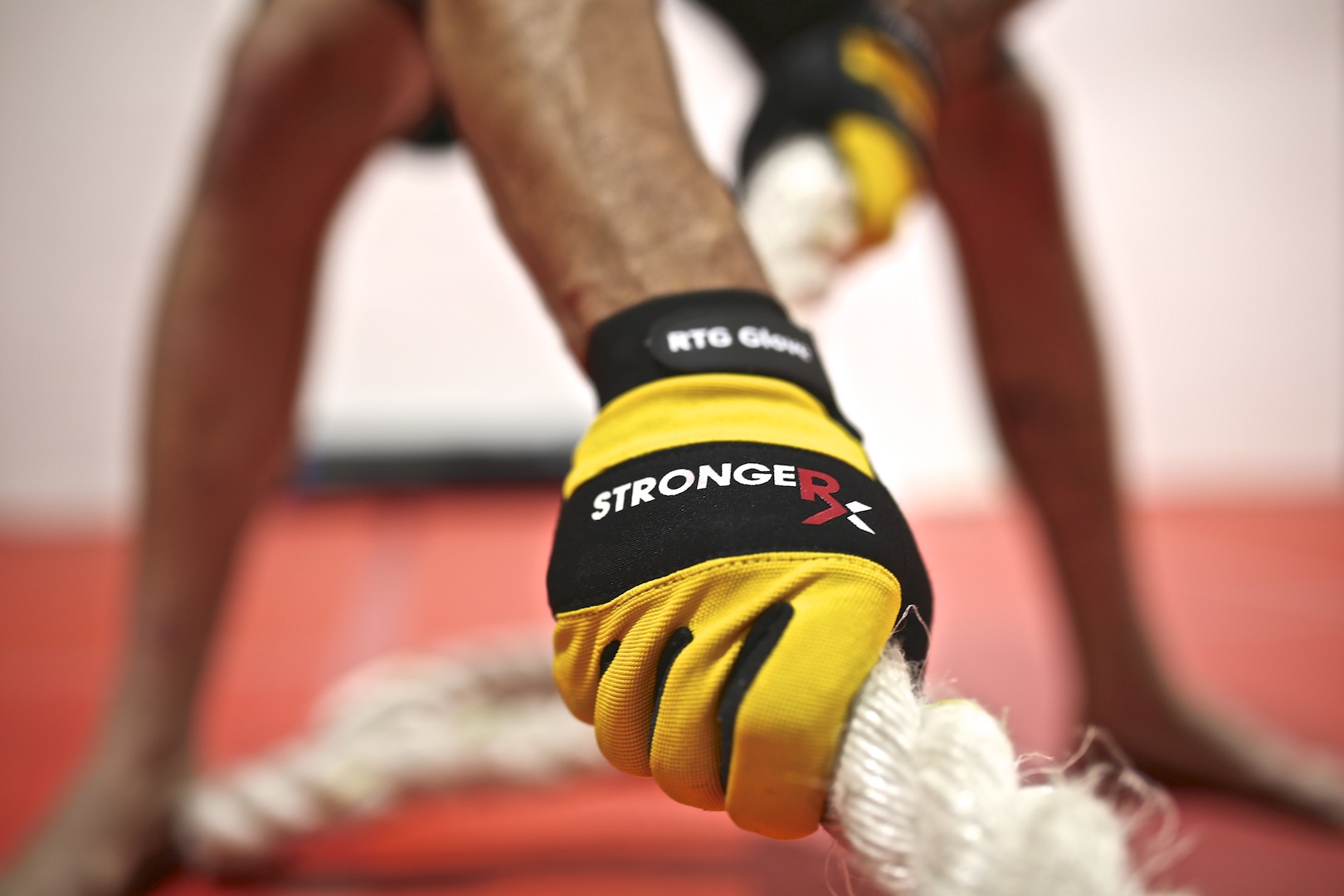 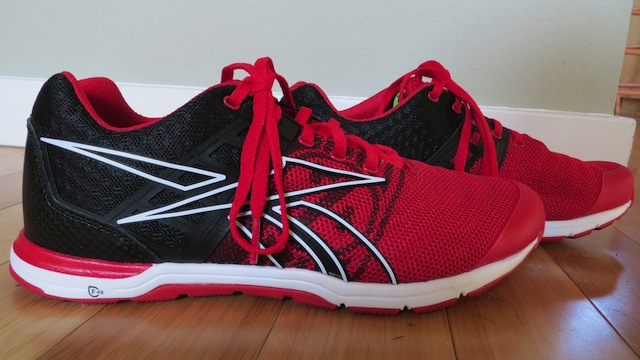 This week, we take a moment to review Reebok’s CrossFit Nano Speed.

As a member of the third generation of Reebok CrossFit footwear, the Reebok CrossFit Nano Speed is designed to be “a sturdy, flexible, supportive, flat soled running trainer that lives up to the CrossFit badge.” With a 3 millimeter heel to toe drop, a more flexible and lightweight sole compared to its Nano 2.0 or 3.0 cousins, and CrossFit-focused durability features, the Nano Speed is built to be a CrossFit and running shoe without compromise.

To help put a shoe review in context, it can be useful to know where the author’s feet have been. For background, my Lego man-esque flat feet have lived in some of the more popular CrossFit shoes you’ll see an your local gym. For most workouts, I wear the Reebok CrossFit Nano 2.0, which I find comfortable and functional, with the exception of during running-heavy WODs because of how flat and inflexible they are compared to a shoe like a Nike Free. I’m currently doing the Burgener 10×3 Squat Program, during which I squeeze into the original Reebok CrossFit Lifter for added stability.

In the past, I’ve worn the Inov-8 195, which I stopped wearing because of the lack of cushioning for high rep box jumps, distance running, and how quickly the shoes would get eaten during rope climbs. I also had a short stint with Merrell Trail Gloves, which never suited my flat feet and felt too minimalist for my imperfect, non-pose running style. Of course, this isn’t to say that any or all of the above couldn’t be great shoes for someone with a different running style and foot shape. 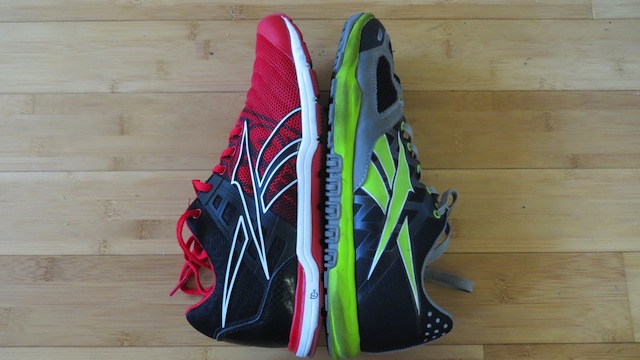 The Nano Speed feels more like it goes head to head with shoes like the Under Armour Micro G Renegade or Nike Free TR – training shoes with flexible soles that provide enough cushioning so they’re comfortable for running, while not leaving you feeling disconnected from the ground. Since they’re designed for CrossFit, the Nano Speed should have some benefits for weightlifting and CrossFit-specific training that the former training shoes don’t with its lower profile sole.

To put the Nano Speed to a constantly varied test, I jumped into three separate WODs at NorCal CrossFit over three days that involved:

While Reebok’s claim that “it made the FIRST CrossFit shoe that you can run in” comes across a bit over the top, does the CrossFit Nano Speed deliver on its hybrid promise? 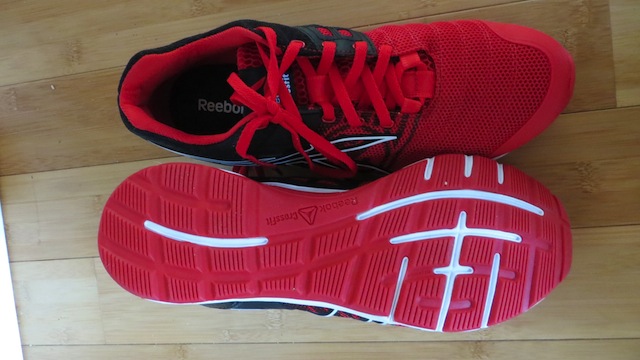 Light: Similar to when someone wears their first pair of Inov-8 shoes, the Nano Speed will pleasantly surprise you with how light they feel, without feeling “too minimalist”. They provide adequate cushioning for running and landing after a rope climb, while never feeling like they weigh you down.

Comfort: With a flexible sole and lightweight materials, the Nano Speed is very comfortable for extended periods of time. To test the shoes, I wore them to the office for a full ten hour workday and never once felt like I needed to take them off. Not that this is what many of us would do with our workout shoes, but wearing the Speeds throughout the day feels very similar to wearing a pair of less cushioned Nike Frees.

Made to run: Whether it’s a placebo effect from the name or the actual design, I prefer the Nano Speed over the Nano 2.0 by a wide margin for longer runs. The sole provided just enough cushioning, while allowing me to feel connected to the ground. If you’ve ever felt like the Nano 2.0 felt too flat or even a little squishy on long runs or a minimalist pair of shoes would be too brutal on a long run, the Nano Speed provides a good compromise that should have no problem tackling that rarely programmed 10K run workout that no one shows up for.

Low profile: While a weightlifting shoe or even the Speed’s cousins, the Nano 2.0 or 3.0, might be better suited for a heavy squat day, the Speed’s low profile sole is generally comfortable for lifting. The feeling the sole provides is very similar to wearing Inov-8’s. While I would attribute most of it to the Burgener squat cycle I’m current grunting through, I was able to PR my 1RM jerk and 3RM deadlift wearing the Speeds during this three day test, so it appears that the shoes weren’t limiting.

Look: Vanity will not lower your Fran time or get you over that next round number you’ve plateaued at on your back squat. That being said, these are pretty good looking shoes. 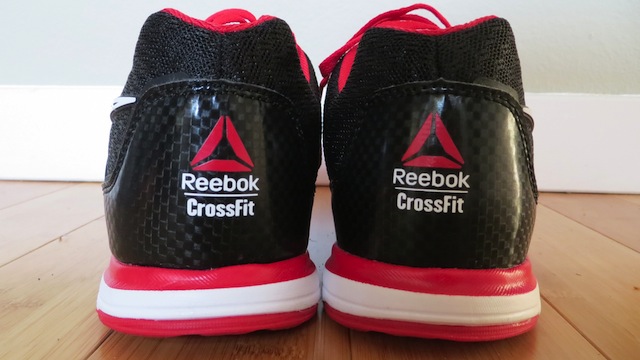 Sizing: Despite claims that the Nano Speed runs “true to size,” I found that the Speeds don’t necessarily run big, but they seem to run long (no pun intended). My fiancee’ had to order a half size down for women, while I had to order a full size down (to a near Hobbit-like size) to match the shoe length of the Nano 2.0’s. I’ve read a number of reviews where people haven’t experienced this, but the shoes do seem longer than their sizes would indicate.

Arch support: If you have flat feet, your lack of arches will collapse the inner parts of the lightweight Speeds inward, making them look fat. By now, most flat footed people have gotten used to the overstuffed sandwich look when wearing minimalist or lightweight shoes, but it’s worth noting that I noticed it immediately upon wearing the shoes. If you’re flat footed and your arches get tired easily, the slightly narrow Speeds might need a test drive before committing to them.

Not rope proof: The Speeds provide some protection against shoe-eating ropes with a durable sole and specially designed rope protection areas. However, the inner areas of the shoe are still somewhat susceptible to hungry ropes. After 7 rope climbs, while most of the shoe was confidently intact, very small, inner parts of the shoes started to fray. I’m confident that the shoes will be decently fine for rope climbs over time, but it’s worth noting that you might want to use a different pair of shoes if you’re overly concerned about rope wear. 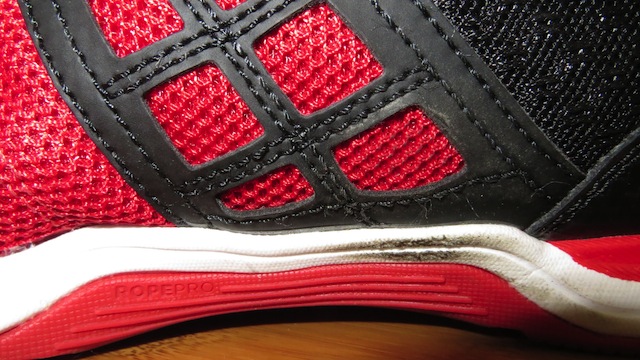 As promised, the CrossFit Nano Speed is a comfortable shoe with a low profile, lightweight, and flexible sole that strikes an excellent compromise between a running and training shoe. For those who have worn Inov-8’s and Nanos, the Nano Speeds find a good place to land somewhere in the middle. Personally, they have replaced the Nano 2.0 as my daily training shoe.

As an excellent all-around training shoe, the Nano Speeds should definitely be considered for those looking for a new pair of everyday functional fitness shoes.