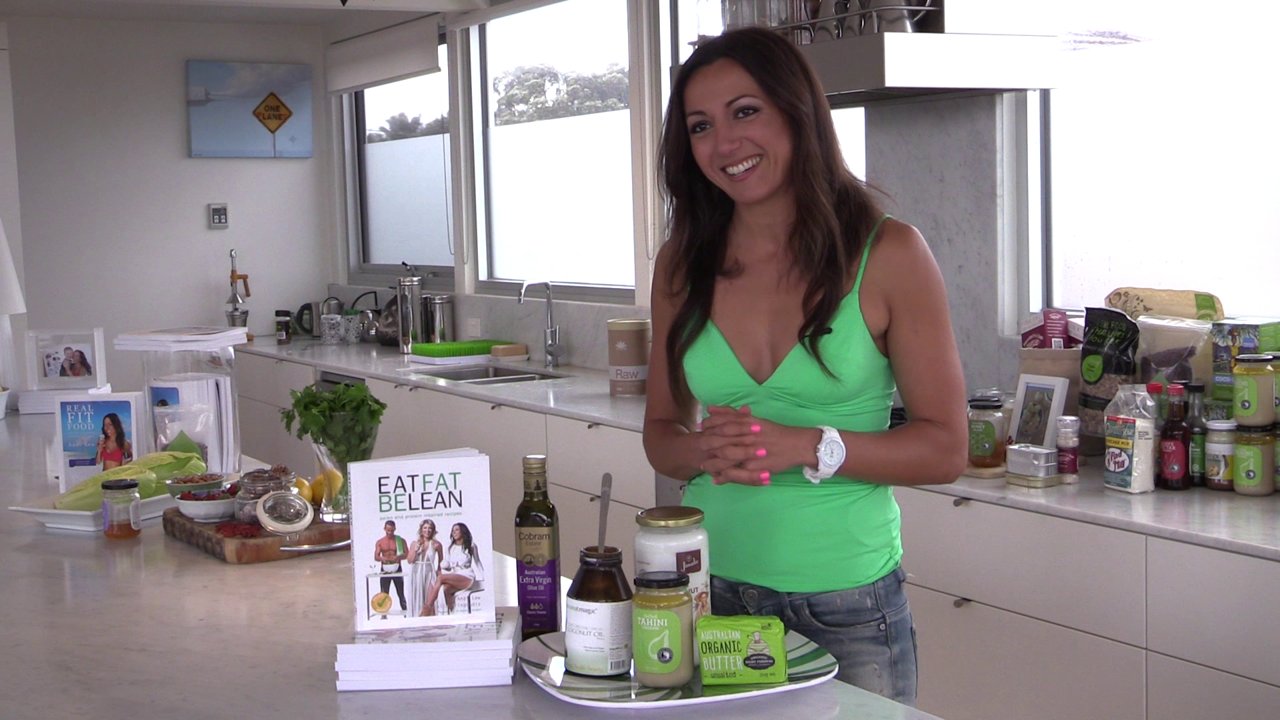 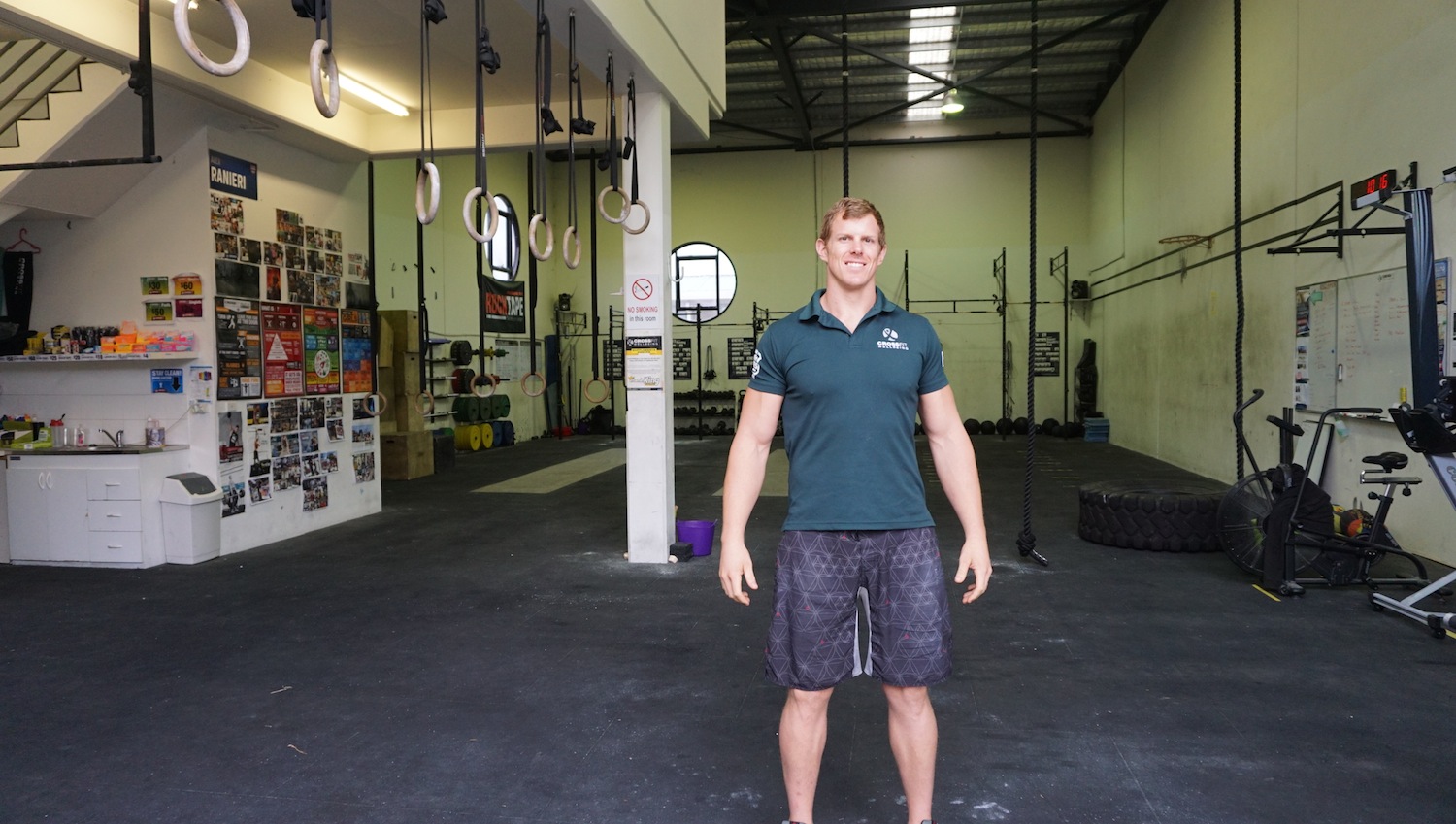 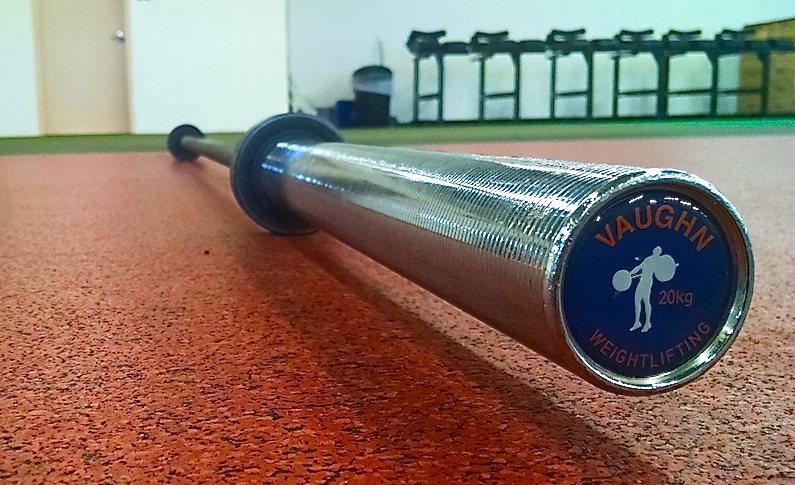 This week we take a moment to review the Chad Vaughn 20kg Olympic Barbell from Fringe Sport.

At our gym – CrossFit Madtown – we are both a CrossFit Affiliate and a Weightlifting club through USA Weightlifting. As a result, we are always looking for barbells that can serve both purposes.

When we first heard about Chad Vaughn’s new weightlifting range, naturally, we were interested in finding out more. So when the opportunity came to test out the barbell, we jumped at the opportunity.

“The Vaughn Bar was born out of Chad Vaughn’s frustration with the existing barbell options on the market. While the weightlifting scene in the US is exploding, barbell options and development has not kept pace.”

In testing out the Vaughn Olympic Barbell, we looked at how well the barbell would perform for our weightlifting team, and at the same time, how well it was able to handle the grind of high repetition weightlifting used for our CrossFit classes.

Over the past seven months, we used the Chad Vaughn barbell almost on a daily basis, putting it to the test in our CrossFit classes and weightlifting sessions. For review purposes, we focused on a number of key areas including how well the bar spins, how the knurling feels, the whip and the overall durability. 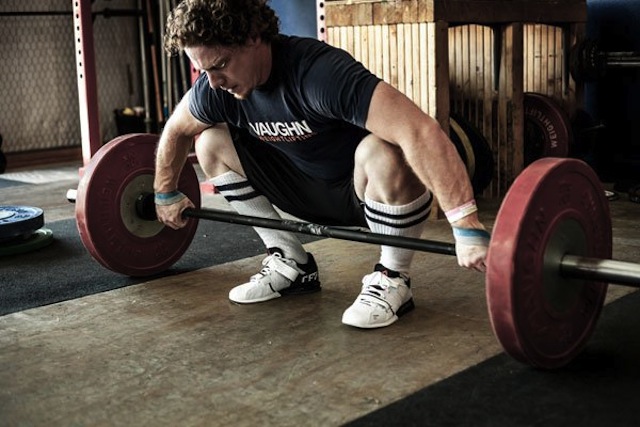 The Barbell at first glance

Out of the box, The Vaughn Bar is very unique with a black manganese finished shaft and collars, and contrasting shiny chrome sleeves. It certainly has a very sharp look and an impressive design that will be sure to catch the eye of a number of members in your affiliate.

The bar has very good stats as far as the listed specifications go. The only real question I had after reading all the numbers was how much whip the bar is going to have. As The Vaughn Bar has a high rating of 216k psi, the whip may be affected, however, at the same time it should make the bar more durable in the long run.

The price point of $399 is also rather competitive and seems to be right in line with other leading bushing barbells. Here is a look at some of the barbell’s specs: 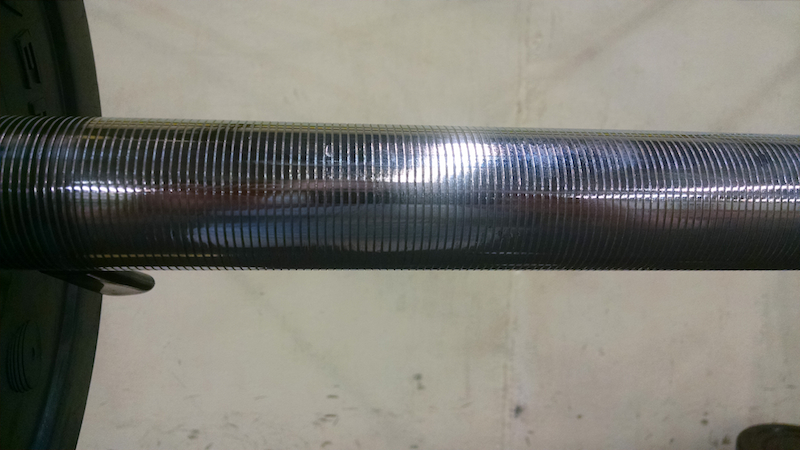 It’s worth noting, however, that our needle bearing bars are only used for weightlifting classes and not CrossFit sessions, so they are probably in better condition than many other three-year old barbells.

After six months, we did another spin test on The Vaugh Bar and found the Eleiko Training and Pendlay barbells to spin a little bit better.

When compared to the other bushing bars the Vaughn barbell was still better in spin but much closer to others after the six months of heavy use, leading us to believe that the spin will remain slightly better over the lifetime of the barbell. 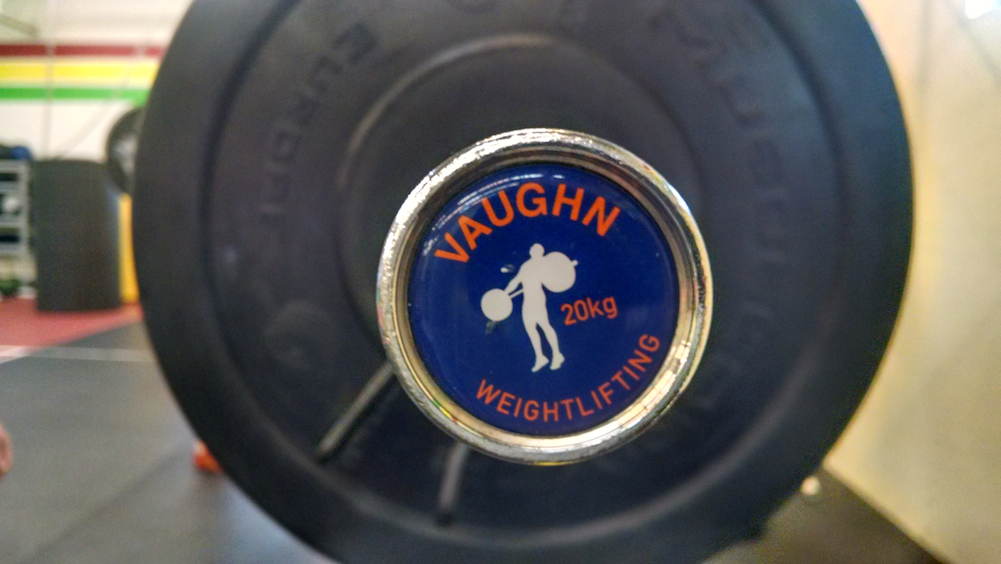 We used a kick test on the center of the bar and then waited to see how long it vibrated for. When tested next to the needle bearing bars The Vaughn Bar vibrated for almost three full seconds less. When compared to the other bushing bars we had in the gym it vibrated slightly less than that. We found that the amount of vibration did not change in the bar over the six month testing period.

We also loaded up the bar (starting at 60kg and moving up) until we could start to see the bar bend in a jerk dip. We found that we needed to work up to 110kg until we could see any noticeable bend in the bar, which is pretty good considering the higher tensile strength that the bar carries.

Overall, however, The Vaughn Bar, did have slightly less whip commpared to some other leading bars, which may be a little different and noticeable for an elite lifter. But for your average CrossFitter who wants to dabble in weightlifting, the barbell has more than enough whip. 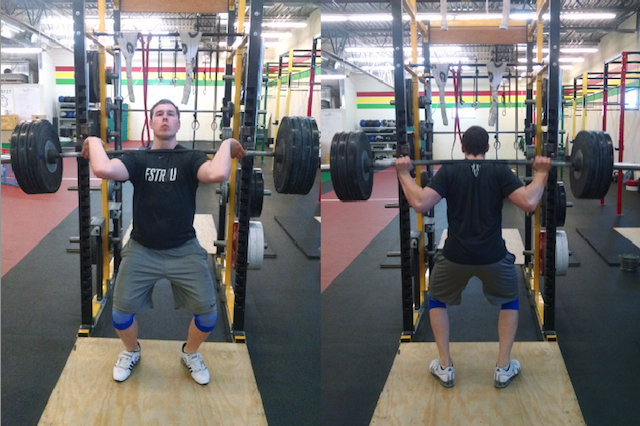 When first out of the box I was a little worried about what looked to be a lack of knurling. We are very careful to protect the knurling on all our Olympic Barbells, ensuring that we never over rack them to maintain a nice knurl, especially for the wider snatch grip areas of the bar.

Once the bar was put into use we quickly found that it had plenty of knurl and felt really nice in the hand without being too sharp like our Elieko bars. Chad Vaughn really did a nice job of giving a good grip without making it too sharp on the hands. We feel the knurling is one of the best features of The Vaughn Bar and is much better than what we see on some other leading brands inclusing Eleiko (which can be too sharp at times) and Pendlay (which can be too soft of knurl at times).

The Vaughn Bar does now come with any center knurl, which may be a negative for serious weightlifters. However for those who prefer more functional fitness/CrossFit style workouts, the lack of center knurling can actually be seen as a positive. 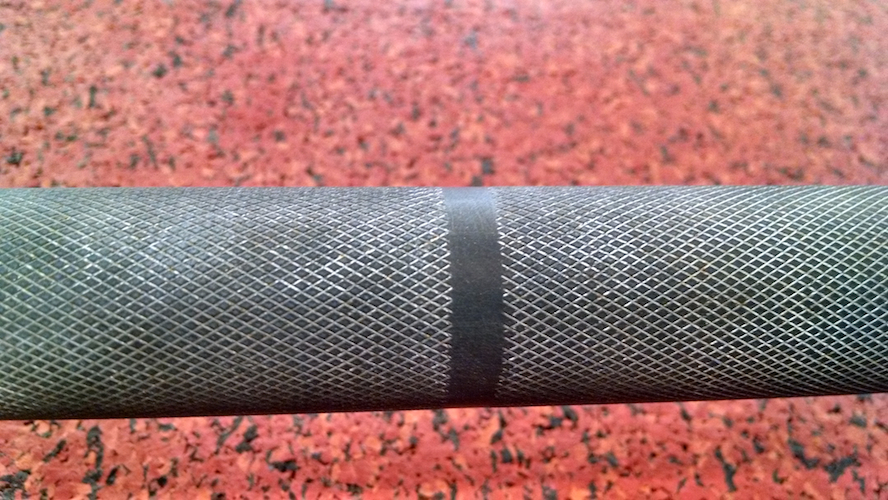 The 20kg Vaughn Olympic Barbell does a great job of playing the middle ground as it can easily be used for both weightlifitng and CrossFit style classes.

One of the big positives of the bar is its durability. During the review period the barbell stayed in good, working order, and didn’t show any real signs of ‘wear and tear’. Therefore, if you’re looking for a solid Olympic Bar that will serve you well for years, The Vaughn Bar is a good purchase.

It also does a great job of keeping your bumper plates in place as the grooves on the sleeves are a bit wider than most barbells. As a result, weight plates seem to remain in the one spot much better that some of the other barbells we tested. 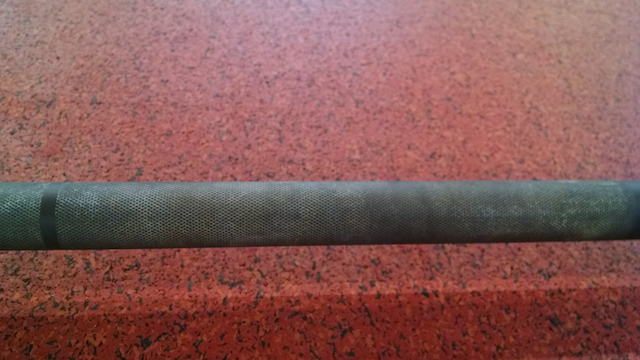 The knurling is also very big positive as it has good grip, but not to the point where your hands begin to tear during high-rep lifting. It makes the bar easy to use in most high intesnity WODs and any real workout where you’re trying to get a lot of work in.

The only real negative we found while testing The Vaughn Bar is that it did not quite have the whip some weightlifters might be looking for. For CrossFitters, this probably won’t be much of an issue, but for those serious about Olympic lifting, a bit more whip may be beneficial.

On the whole the Chad Vaughn 20kg Olympic Barbell is a great barbell that is very comparable to the other bushing barbells on the market. With solid knurling and durability, it’s a decent barbell that should serve you well for many years at least.