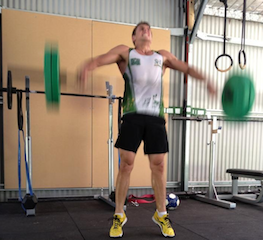 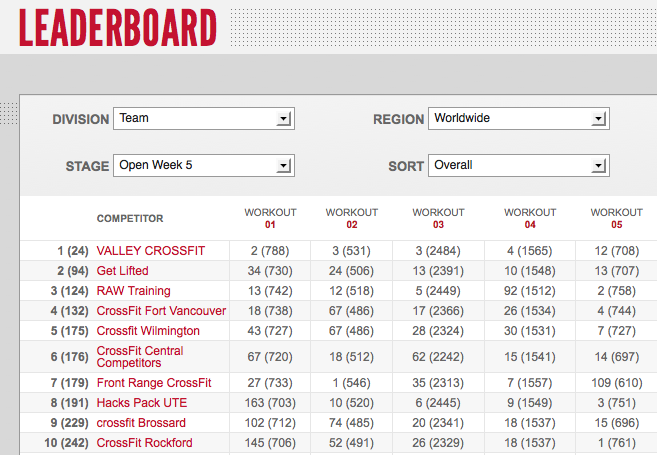 We have waited several hours after the close of event to allow for any last minute results to be updated on the scoreboard. However, there may still be some further additions to filter through in the next few hours, yet that should not affect the top ten or the Open winners announced here.

So here is where we stand at the 3pm AEST, 9pm PT. 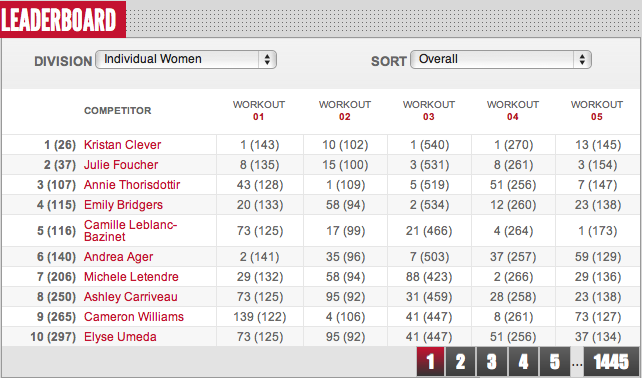 At the end of the five weeks it is no surprise that the 2010 Games winner, Kristan Clever topped the women’s Leaderboard. Out of the five workouts she placed 1st three times, and only dropped out of the top ten once. It was a dominating performance and unlike last year when she battled it out week after week against Annie Thorisdottir, this season no one really came close to her.

Overnight Julie Foucher’s score of 154-reps was strong enough to give her 3rd in this workout but most importantly 2nd overall. She too was been another consistent performer this season, placing in the top ten four times.

The women’s top score this week was an amazing 173-reps and was achieved by Camille Leblanc-Bazinet. That pushed her up the Leaderboard to 5th overall. Rounding out the top ten for the women is Games favorite, Elyse Umeda who scored 134-reps. 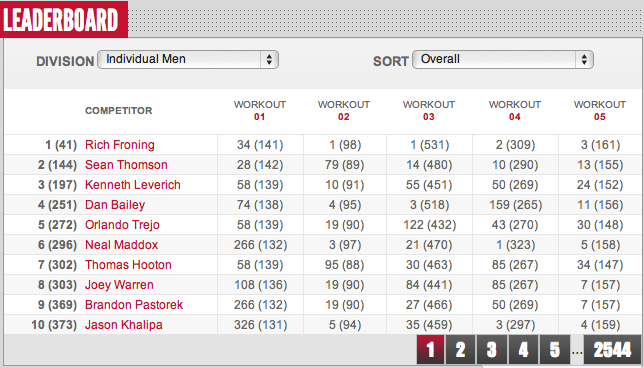 Unfortunately for Sean Thomson (155-reps), Rich Froning Jr. posted his score of 161-reps overnight, pushing Thomson into second and Froning into 1st. Only in week one did Froning ever fall out of the top ten showing once again that he the person to beat this season.

In 3rd is Kenneth Leverich who beat out last years Open winner, Dan Bailey who now sits in 4th.

Neal Maddox (158-reps) and Jason Khalipa (159-reps) showed that their time training together paid off as both made it into the top ten. Maddox secured 6th place while Khalipa took out 10th. 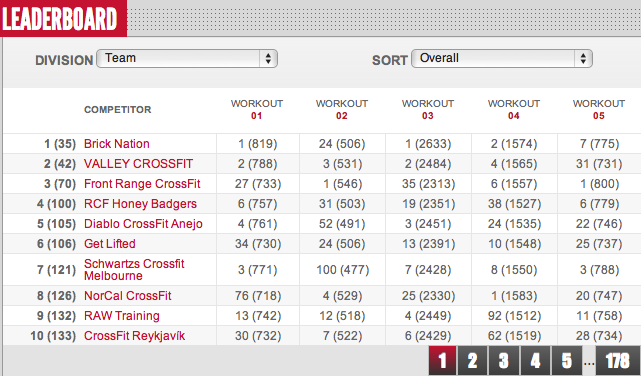 The teams event was one of if not the most exciting division in this years Open and the last 24-hour was no exception. After reclaiming 1st place yesterday, Valley CrossFit was pushed out of top spot overnight by non-other than Brick Nation who placed 7th in this workout with a score of 775-reps. These two teams have been neck and neck over the last five weeks but Valley CrosssFit’s 31st placing in 12.5 meant they dropped to 2nd. Front Range CrossFit was the only team to score 800-reps which saw them win this workout and secure 3rd place overall.

It was an amazing five weeks and we now move to Regionals to see who will make it to this year’s CrossFit Games at the Home Depot Center.

Remember for any Leaderboard changes you can check the Games site here.

In the meantime get some rest because the Regionals are not too far away.