Poll: Will Chris Spealler Compete at the Regionals? 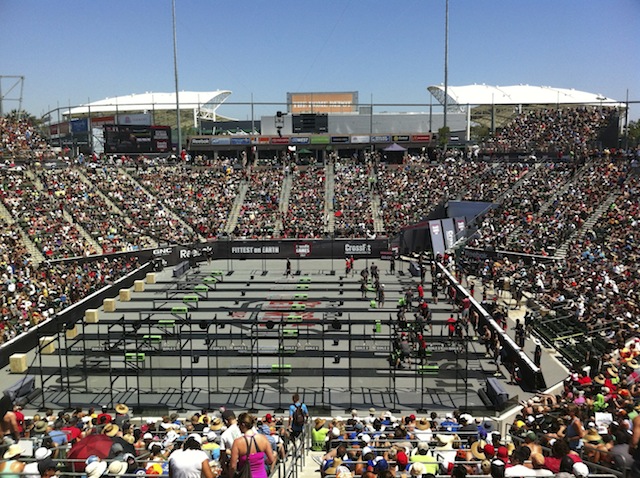 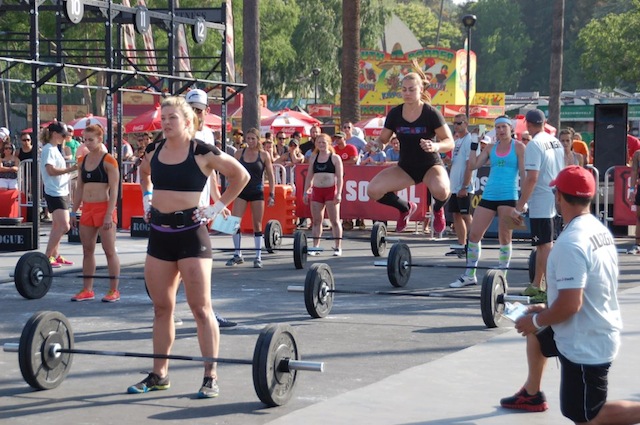 If there’s one thing that I don’t agree with when it comes to typical CrossFit behavior it is the crash and burn at the end of every workout. The collapse to the ground as soon as time is up with motionless bodies crowding the floor of the gym that had only moments before been buzzing with fitness.

I’ve even been guilty of it when I first started CrossFit. It was all around me so I would collapse too. Then I heard another competitor question it and further address it as revealing weakness. I don’t want to show weakness when I’m battling it out on the exercising fields! It was a matter of pride. I wanted to show that I was able to recover and that the workout didn’t beat me. Now, standing tall after a workout is the first thing I think of once I call “Time.”

In a competition, this can also send a message to the other competitors who are lying down, indicating they were defeated by exercise (or at least that’s how I look at it). Stand tall and remind yourself that no matter how hard you worked or how much effort you put in, you are still strong and capable and you could do another rep if you needed too. 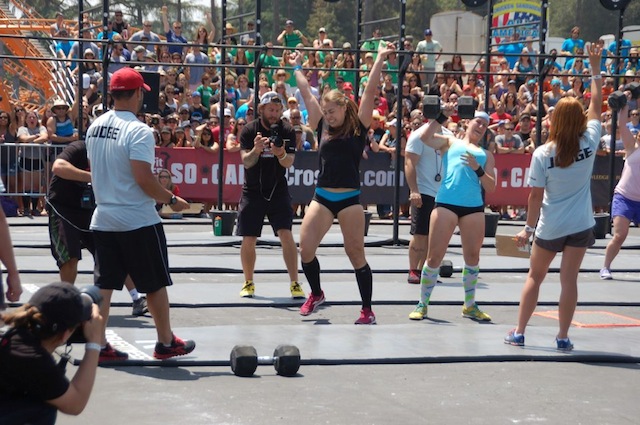 Think of it that way. If there was one more rep, one more lift or pull or jump, would you do it? Would you complete that next repetition or would you just fall on the ground? You have that last rep waiting in you. Tell yourself it is still in there when the workout ends and stay standing.

I still remember a message from my volleyball coach to our team my junior year of high school. At the start of the season he played us the Tom Petty song “Won’t Back Down” as we listened we imagined how our season would go.

We had high goals of reaching the State Championships and winning. It was a new and diverse team so there was a long journey of team building and tough training ahead of us but Coach Curtis urged us to stay standing and never back down to any challenge in front of us.

I remembered this for years whenever I was faced with a tough situation. Music always resonates best with me and this song’s message continually reminds me that I can keep going no matter what. I can stay standing even when it hurts. And I won’t back down.