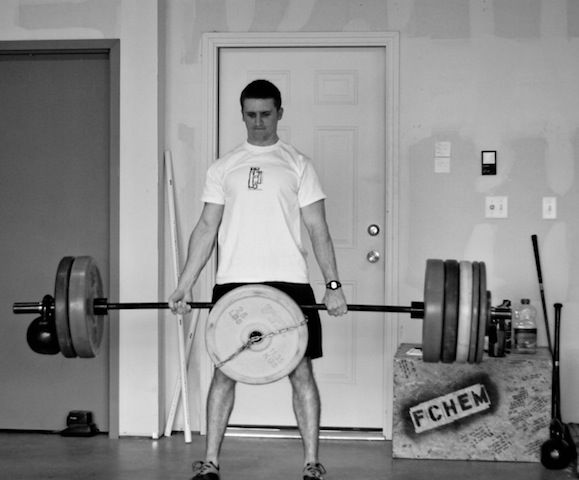 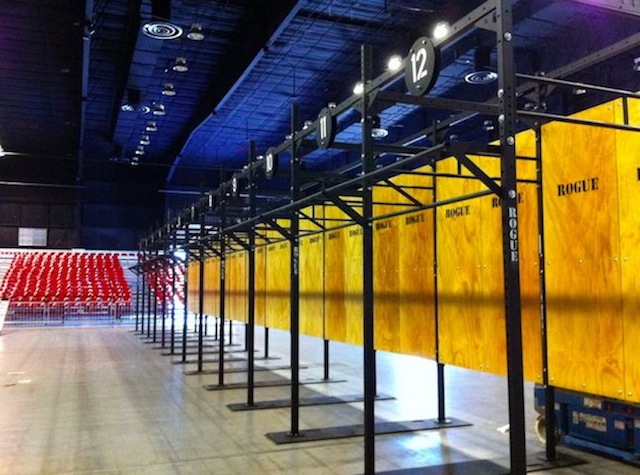 The Central East division might have got all the media hype for this years CrossFit Regionals, but if there was a Region that rivaled it, I’m sure it would be Northern California.

Not only does NorCal boast a rich history of CrossFit, it is also home to a number of big names including, 2008 Champion Jason Khalipa, Pat Barber, Annie Sakamoto and Blair Morrison to name a few.

There’s no denying this is one of the toughest regions to qualify through.

Before a weight was even lifted, NorCal lost one of its best competitors when Pat Barber was forced to withdraw from the event after having his appendix removed only a few days ago.

The ‘Manimal’, unfortunately, won’t be able to resume training for at least two weeks.

After a tense first day at San Jose, Khalipa showed everyone why he is regarded as the best athlete in the world, scoring top two finished in both events to be tied in the lead with training partner Neal Maddox.

As predicted, Blair Morrison is in third spot, while veteran Joey Warren is in 7th spot.

In the females half, crowd favourite Annie Sakamoto leads, with Jenny LeBaw in second place and Candace Hamilton Hester rounding out the top three.

RCF Honey Badgers is tied in the lead with TJs Gym Mill Valley in the teams section.

The follow results live, head to the Games site by clicking here.

Here are how the leaderboards look heading into day two: 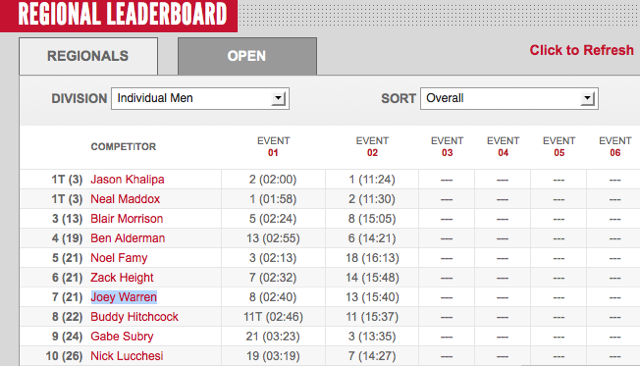 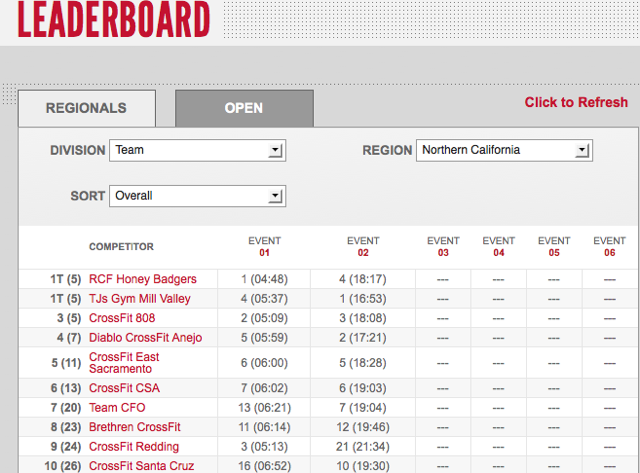 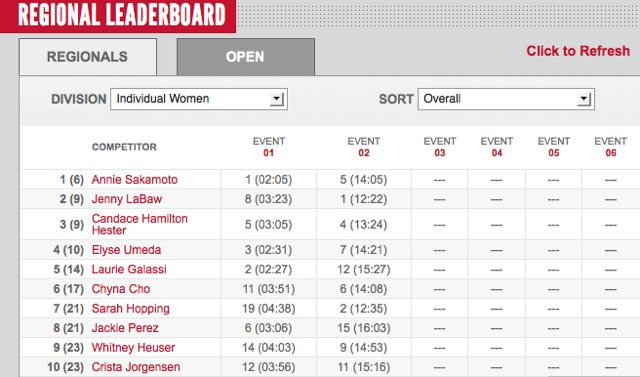