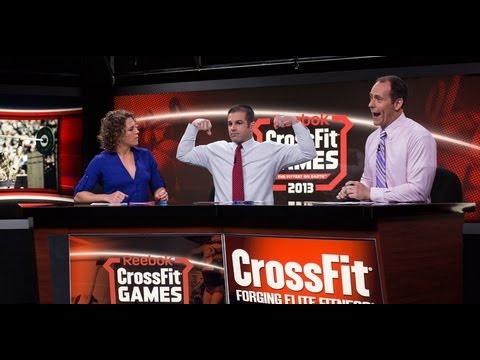 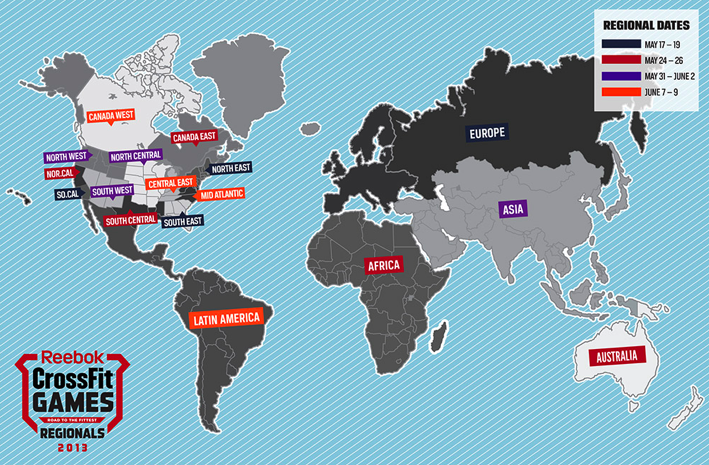 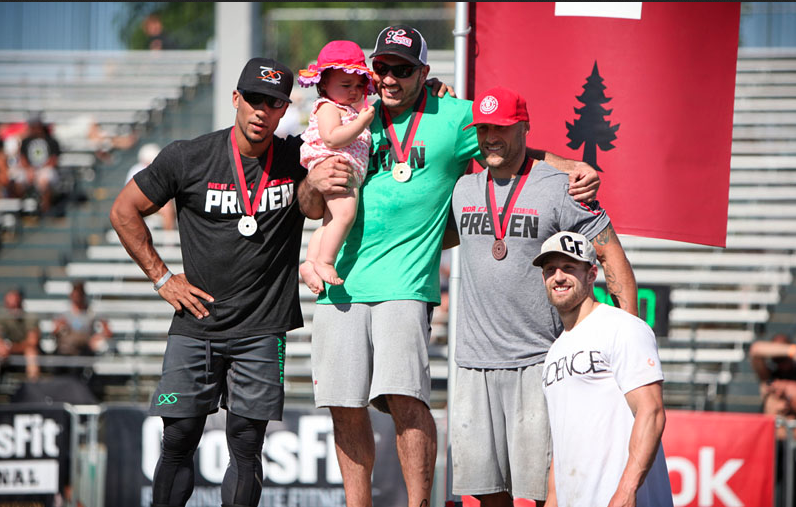 As the longtime host of the annual CrossFit Games, California is well-recognized as one of CrossFit’s most competitive regions. California has produced more individual (Valley CrossFit’s Kristan Clever, NorCal CrossFit’s Jason Khalipa, CrossFit One World’s Jolie Gentry) and affiliate champions (CrossFit Oakland, CrossFit Santa Cruz) than any other region in the history of the Games.

With the sport’s popularity, the number of affiliates, and some of the top CrossFit athletes training in the state, California has the unique distinction of hosting two separate regional competitions during the CrossFit Games. To California natives, for the two regions known as NorCal and SoCal, friendly rivalry and in-state competition is normal a part of living in the Golden State.

Which area has better food? Better looking people? The nicest beaches? More culture? And with the CrossFit Games quickly approaching, which region is home to the best athletes?

Many of CrossFit’s most recognized athletes and affiliates continue to come out of NorCal and SoCal each year. By examining the numbers of the top ten athletes who qualified for the state’s two regional competitions, we can not only compare the two regions, but also get the bigger picture of how top CrossFit athletes are performing today and how this can apply to our own strength goals.

It should be noted that some athletes, including SoCal’s Josh Bridges and Chelsey Hughes, along with NorCal’s Alessandra Pichelli and Chad Agustin, didn’t completely fill out their profiles on the CrossFit Games site. For the purposes of this fun, non-scientific comparison, only information provided on the current Games site was used to gather data.

Do you have a competitive peer group at your box who pushes you to new PRs? If not, you might want to consider finding one, as having competitive training partners certainly appeared to contribute to the success of this year’s top Regional qualifiers.

In Northern California, three out of the top ten men who qualified for Regionals came from NorCal CrossFit – Jason Khalipa, Pat Barber, and Garret Fisher. While the Valley Girls (Kristan Clever, Rebecca Voigt) from Southern California’s Valley CrossFit often get the most attention because of their individual performances at the Games, perhaps this is the year the women of Diablo CrossFit will start to get the same treatment. Out of the top 10 women who qualified for Regionals in Northern California, four of them came from Diablo CrossFit – Alessandra Pichelli, Whitney Heuser, Eleni Frediani, and Margaux Alvarez.

In Southern California, three pairs from different affiliates accounted for six of the top ten Men’s finishers in the region.

With Katie Hogan moving back to Northern California this year, Valley CrossFit was represented by two women, perennial qualifiers Kristan Clever and Rebecca Voigt, out of the top ten this year. Interestingly, the remaining eight female qualifiers came from different affiliates in Southern California, though most of them had athletes outside of the top ten who will be heading to Regionals as well.

It’s no secret that people generally enjoy having training partners in the gym, but seeing how this affects top CrossFit athletes shows just how important it might be to your training. 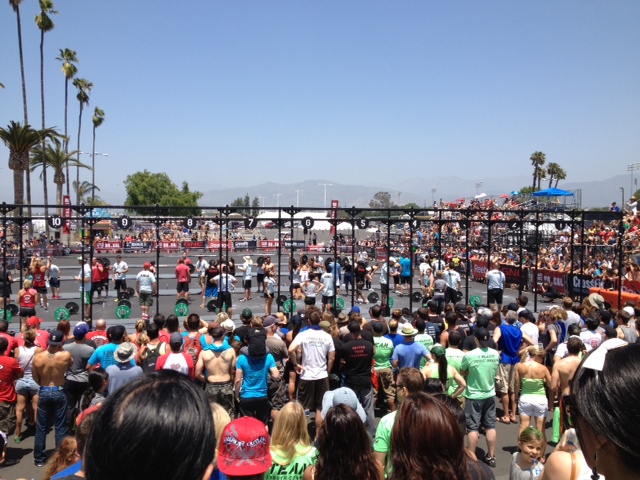 On average, the top ten qualifying athletes from NorCal were taller and heavier than their SoCal counterparts. While there are certainly exceptions, we’ve started to see the emergence of a general body type for competitive CrossFit athletes in recent years.

For comparison, two-time CrossFit Games champion Rich Froning, who finished first in Men’s Open stands 5’ 9” (175 cm) tall and weighs 195#, almost spot-on with the top athletes from California. The top Women’s finisher for this year’s Open, Samantha Briggs, is 5’ 7” (170 cm) tall and weighs 132# (60 kg), making her taller and lighter compared to most of the top Women competitors coming out of California.

If you’re not pulling Rich Froning numbers on your workouts, don’t worry, almost no one is. That being said, if you’re close to these measurements, the strength numbers of the top athletes can serve as an indicator of how elite athletes are performing at this body type.

Based on numbers alone, the top athletes from NorCal appear stronger than the athletes from SoCal, not surprising considering their slightly heavier average weights. However, the athletes from Southern California appeared to be stronger on a pound for pound basis, when comparing their averaged PRs and body weights, which can be more relevant for the greater CrossFit community.

Using the numbers reported this year, the top ten women from NorCal appear to be stronger than their SoCal counterparts, not only based on raw PR numbers, but on a pound for pound basis as well. As CrossFit continues to evolve as a sport, it’s incredible to see the new standards for elite athletes not only rise every year, but how the standards appear to rise at a near-uniform rate across different regions.

It’s no secret that very few of us will qualify for Regionals, let alone the CrossFit Games. However, by looking at these numbers, we can apply the numbers to ourselves to answer the common question of “How much is a lot?” to clean and jerk, back squat, snatch, and deadlift.

Based on these numbers, for men, it’s safe to say if you’re doing pretty good if you’re approaching the following numbers:

Using similar logic for women, you’re likely one of the strongest CrossFit athletes in your area if you’re coming close to the following strength numbers: 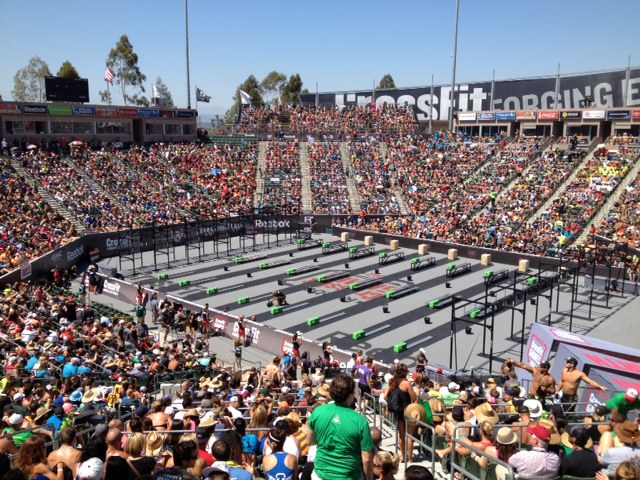 For the non-CrossFit Games athlete in most of us, these times might make us either laugh or shake our heads in disbelief, especially after this year’s FranRAP during the Open. We can look at these numbers and see if you’re a man or woman in the three to four minute Fran range, respectively, you’re going pretty fast, considering you’re likely not preparing for the CrossFit Games.

By looking at the athletes from two of CrossFit’s highest performing regions, we’re able to get a real-time look at what’s achievable in our own training to help us set new goals. While a 2.5 times body weight, elite-level deadlift might not be in some of our futures, it shows us that a 2 times body weight deadlift could certainly be within reach.

Some of us might not be as tall, weigh as much, or be as strong as the elite CrossFit athletes we’ll see at this year’s Regionals, but much like this year’s top athletes, we can find training partners at our affiliates, set goals together, and continue to push each other to new heights.

With top athletes competing at this year’s Regionals and new training partners likely being established as a result, we’ll watch as the sport’s top athletes continue to raise the bar for the rest of us during the 2013 CrossFit Games season.