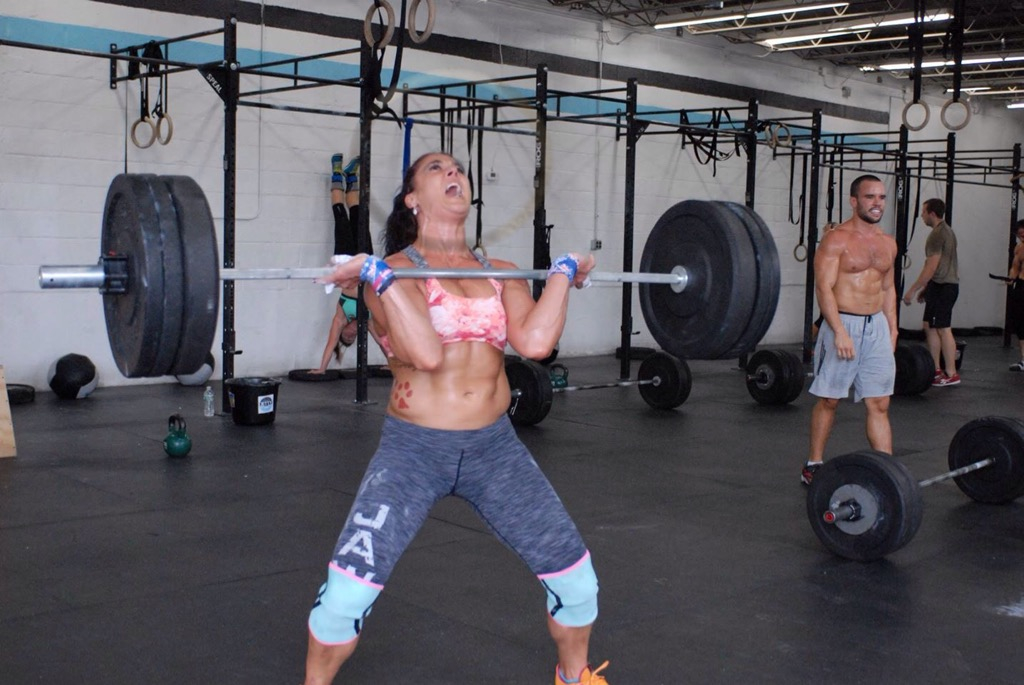 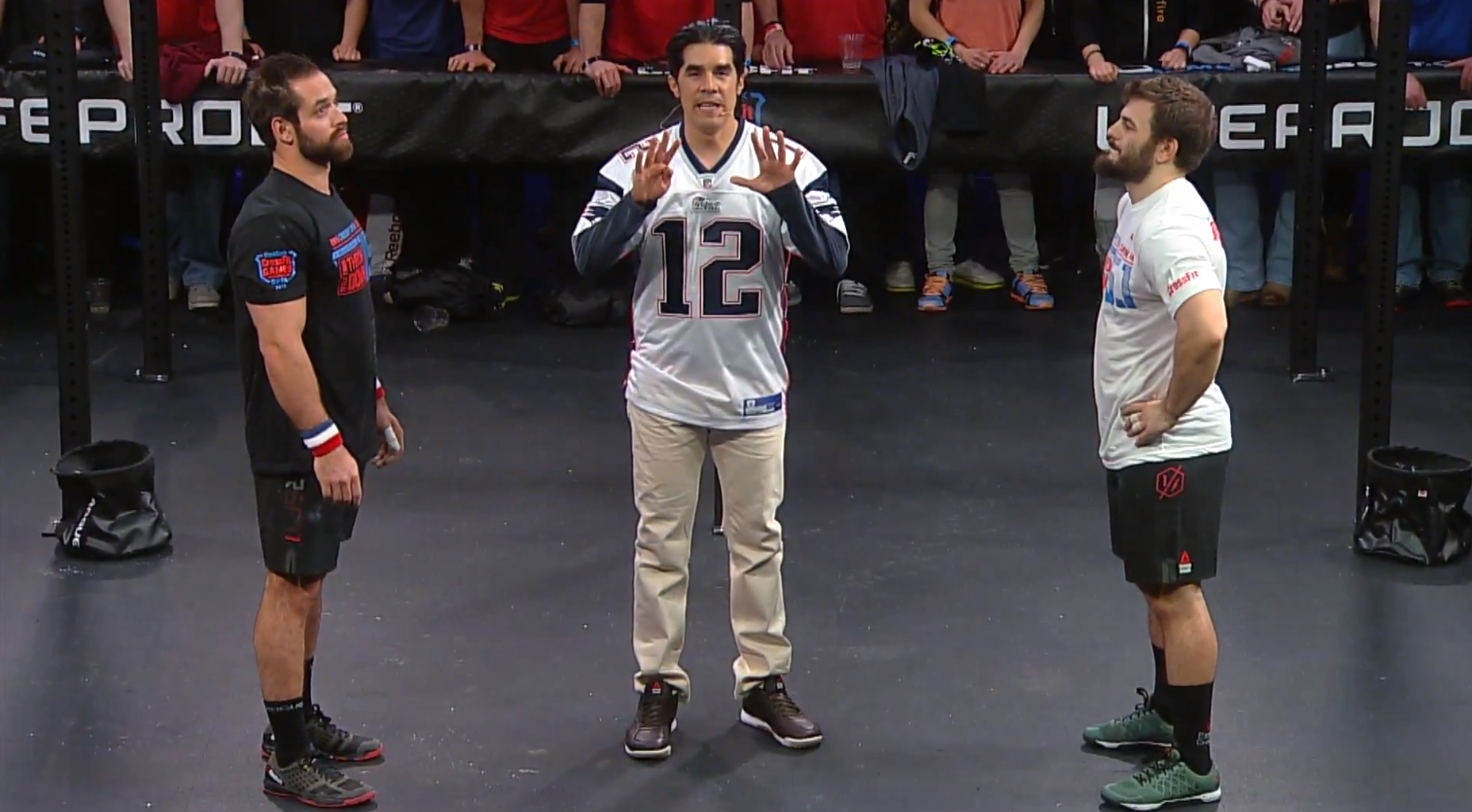 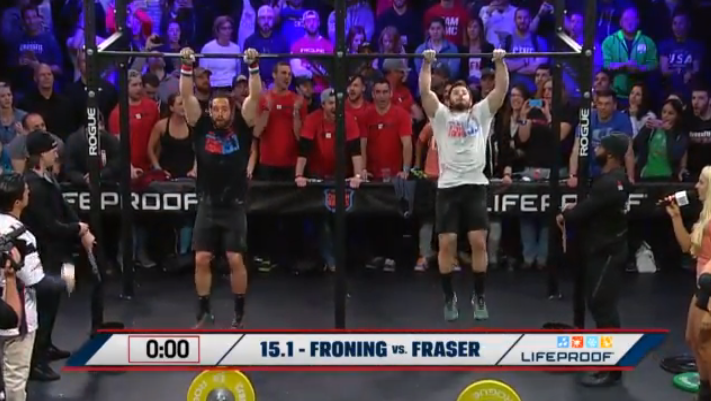 After a 15 minute workout which included a 9-minute AMRAP of toes-to-bars, deadlifts and snatches, and a 6-minute 1-rep-max clean and jerk, Rich Froning was once again crowned the winner!

The four-time CrossFit Games champion took on 2014 Games runner-up Mat Fraser in the first live workout announcement  of the 2015 season, in Reebok CrossFit ONE in Canton, Massachusetts a short time ago.

Both athletes went rep for rep in the early stages of the AMRAP before Fraser started to build a small lead of a couple of reps. Fraser, with his olympic weightlifting background went straight into the snatches from the deadlifts and held that slight advantage right up until the final 30 seconds of the workout. 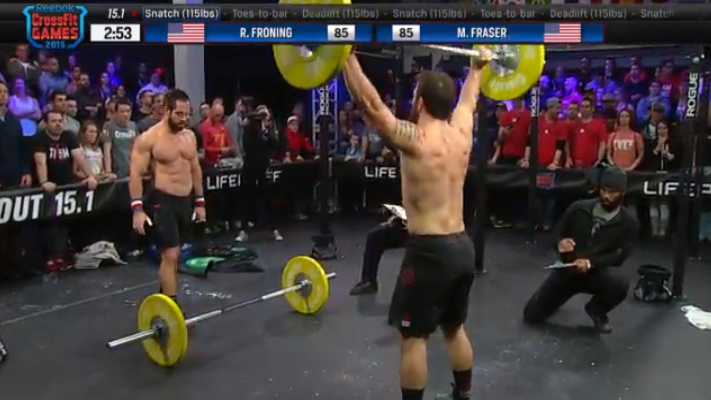 It was on the final set of toes-to-bars where Froning fought back to take the lead. The champ held onto the bar that little bit longer to finish the workout with a three rep lead, winning the AMRAP 224 reps to Fraser’s 221.

Without a break both Fraser and Froning starting stacking weight onto their bars to begin the second part of the workout and build a one rep max clean & jerk.

Fraser started off well posting a score of 225 pounds in his first lift, which was quickly eclipsed by Froning. The two then watched eachother as they both registered lifts over 300 pounds. With just 30 seconds to go Rich Froning lead the way with a lift of 343 pounds and Fraser had one more attempt to better him. Fraser looked on track to win the second part of the workout after cleaning a weight of 345. However, he couldn’t stick the jerk and the bar fell to ground with just one second left on the clock! 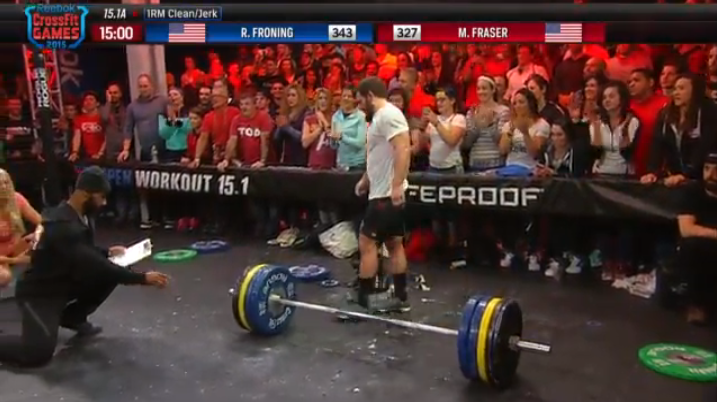 For a full breakdown of the Froning vs. Fraser head to head battle in the CrossFit Open 15.1 live announcement workout, check out our live blogging of the throwdown which can be found by clicking here.

For the full description of 15.1 you can find the workout here, and the full breakdown for all divisions on the Games website which can be found by clicking here.