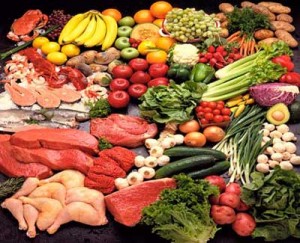 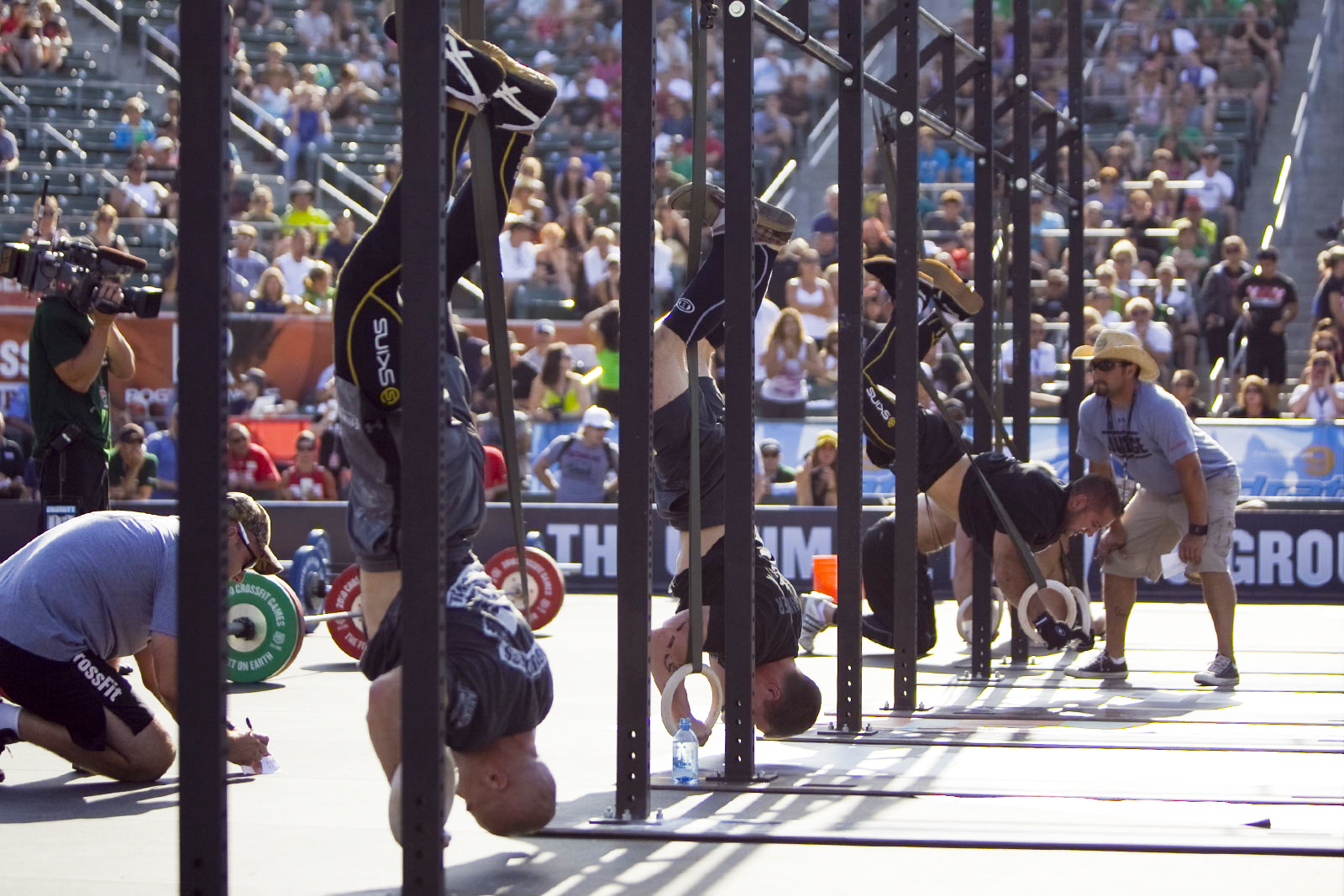 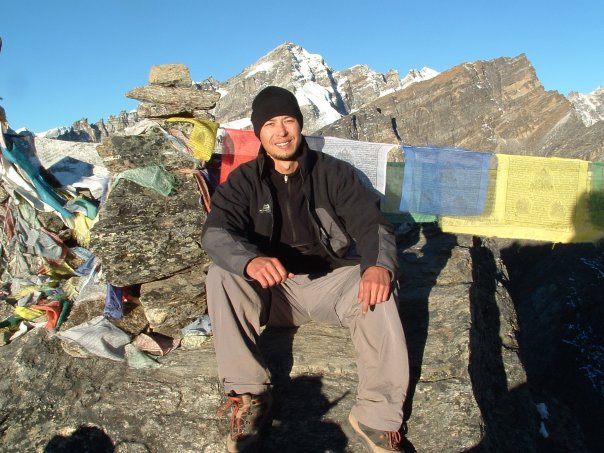 Adam at the Summit of Gokyo Ri

It was just over a week ago I had the pleasure of attending a CrossFit Goal Setting seminar with one of the pioneers of CrossFit – Greg Amundson.

Anyone who has delved a little deeper into CrossFit beyond their own Box’s WODs and posted videos will know that Greg is an absolute legend in the CrossFit world and elicits the same level of respect as the likes of CrossFit founder Greg Glassman, Olympic weight lifting coach Mike Burgener and Mobility guru Kelly Starrett.

Greg was the original Firebreather – the first “bad ass” in CrossFit. Grainy old-school videos can still be watched on Youtube of Greg getting after it. The thing that separates Greg from most other elite CrossFitters out there is his focus on the power of the mind. Greg has this aura about him that exudes positive energy. It is the way he carries himself and in the words that he chooses.

Yesterday he relayed a story from his early days of CrossFitting where, after a WOD, Coach Glassman said to him, “The greatest adaptation of CrossFit is what happens between the ears.” A profound statement that stuck with him and one that I agree with. 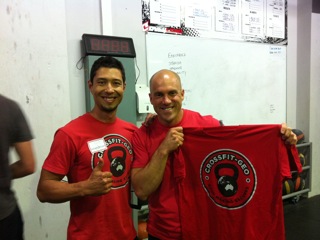 CrossFit is a great way….no, the best way to improve your health and fitness (call me biased but it’s true), but the effect it has on your mind is phenomenal. Being able to take your body out of it’s comfort zone time and time again takes a strength of character that most people do not ever realise. We have all been there when the body is screaming out in pain and exhaustion. When we have those voices in our head telling us to put the bar down. To give up. To throw in the towel. But then something happens in our head that drives us on.

Through the right mindset we can do anything. We just have to think it using the right words, and believe in it.

Here’s an example. A friend of Greg’s was about to do a long distance running race. On his shoes he wrote the words “Don’t” and “Stop”. Greg saw that and suggested he change the words to “Keep” and “Going”. It made sense. Eventhough this guy had written “Don’t stop”, the word that would have been ringing around in his head is “Stop“.

Phrasing your goals in a positive sense makes it so much more powerful and effective. The words “Keep Going” have a totally different effect on the mind, and in turn, the body.

Another story where words made all the difference was when Greg took part in a 100 mile run. By the time he got to the 50 mile turnaround point, he was in pain, exhausted and unenthusiastic about having to complete the race. A friend of his who was a competitive endurance runner made a long distance trek to support him. He had driven out to this turnaround point and was going to run the last 50 miles with Greg to keep him motivated.

Well the first words that came out of his friend’s mouth were “….Greg, the next 50 miles are going to be the hardest yet. Don’t stop….” Greg heard these words and was instantly deflated. He was crushed. He had thoughts of quitting there and then. He did not want to hear that at a point where he was already struggling with the task at hand, the worst was yet to come. His wife heard this and shouted, “.. Greg, you have finished the worst of it. You’ve only got a few miles to go. You are going to fly!”

Greg was instantly energised and ran the next 30 miles bouyed by these words alone.

The words you choose in your head when you are faced with a challenge will ultimately determine the outcome. If you are positive, enthusiastic and energised in your approach to everything in your life then your chances of success will be far greater than if you are in a negative frame of mind with thoughts of “I will never finish this”, or “I do not deserve this”, or “I can’t do it”.

Stay positive. Set goals. Write them down. Work towards them. And know that every time you attempt to reach your goals, even if you only chip away at it slightly, you are still improving on where you were before and you are one step closer to reaching your summit. This philosophy works equally as well in the Box as it does outside of the Box.

Decide what your goal is. State it in specific terms “I want to do 10 consecutive butterfly kipping pull-ups” as opposed to “I want to do 5 pull-ups”. Write you goal down. Give yourself a timeframe to achieve this in. Work out what you need to do to help you get there. DO what you need to do to achieve it and stay positive and motivated. If your improvements are only marginal, acknowledge them as improvements and as being one step closer towards your goal.

In 2006 I travelled to Nepal to trek to Everest base camp. Prior to getting there we had to summit two moutains, Gokyo Ri and Kala Pattar. The day of the summit to Gokyo Ri I was hit with altitude sickness. I had never felt anything like it. It had felt like someone had reached into my back and removed a set of batteries. Physically I was at my lowest point with zero energy and strength. Mentally I was even lower. My enthusiasm and drive had evaporated. Here I was on the trek of a lifetime but I had this cloud hanging over me that sucked the life out of me.

As per the sherpas instructions I was told to rest while the rest of my trek team completed the summit. When they returned I was told stories of how beautiful it was to the see the sun setting over Everest, how the challenge was worth it. They were so jubilant.

We were due to move on to another location the next day but the Sherpa offered me the opportunity to wake up at 2am and complete the trek to the summit to see the sunrise. I was still feeling pretty low but I seized that opportunity. At 2am I met the Sherpa and another of my team who had also been hit with altitude sickness and we set off into the darkness to summit a mountain. There was no one else on it but us. The sky was lit by a million stars overhead and there was complete silence. A perfect chance for me to be alone with my thoughts.

Even though physically I was still ill, mentally and emotionally I was charged. I placed one foot in front of the other and made the arduous journey upward. During that time I told myself to keep going. To push on. To get to the top. My wife, who is, and was afraid of heights, did not come to Nepal with me. I wanted to do this for her as much as for me. It was a symbolic gesture to share this fantastic experience with her. I had later told her that the brightest star in the sky during my time in Nepal was her looking down on me and she was there with me every step of the way.

When I reached the summit, I screamed out a warrior cry that all of Gokyo would have heard. It was one of the most beautiful experiences of my life. A goal that I had had from a young age had been achieved. I summited a Himalayan mountain. I felt like I was on top of the world and I had gone from being at an all time low the day before to being at an all time high both literally and metaphorically.

If you want something bad enough, you can get it.

Let me leave you with a word….a very powerful word – Kaizen. It is a Japanese term which means to improve yourself just a little bit everyday. If today were your last day on earth, be the best you can be. Do something to be better. All of your little improvements will add up over time and eventually you will get that first pull-up or that first muscle-up. Just stay positive and never give up.