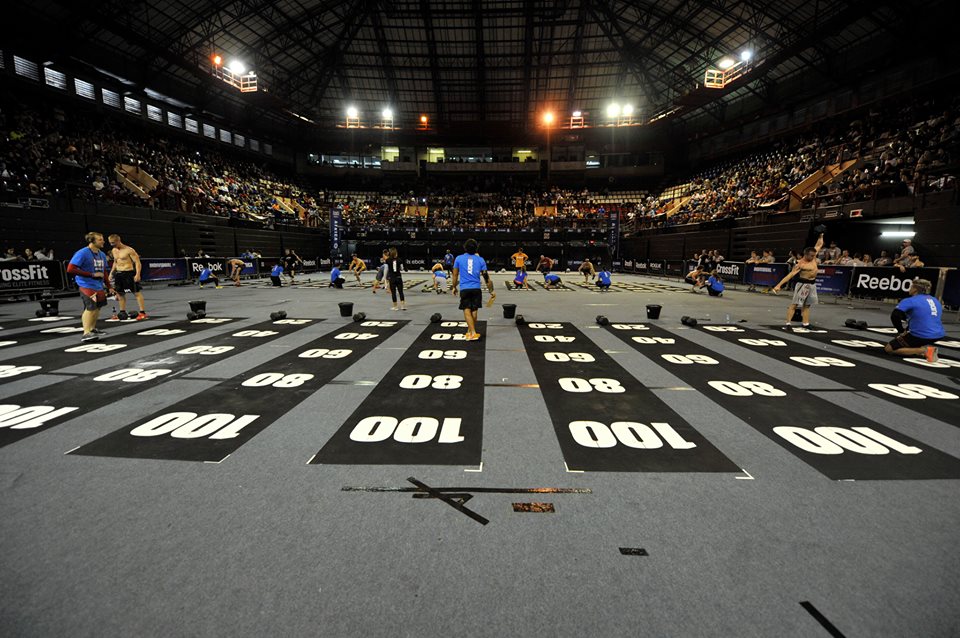 11 Memorable Moments of the 2015 CrossFit Regionals 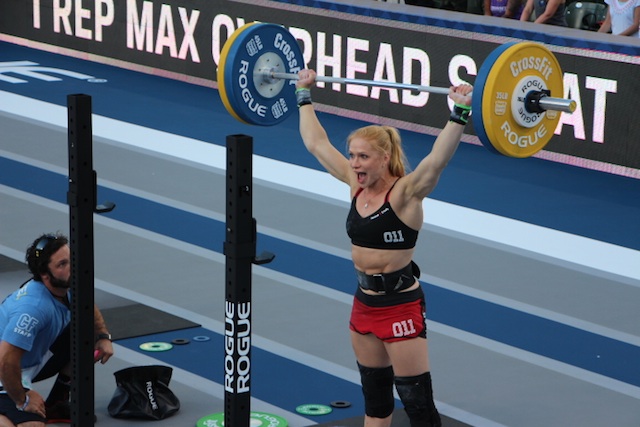 “In many ways, the perfect ending”: Julie Foucher leaves an unforgettable mark on The Sport of Fitness.

In what will remain an enduring legend of exceptional grit and determination in the sport of CrossFit, Julie Foucher closes off her competitive career in dignified class and unparalleled athletic performance.

As The Rx Review reported yesterday, Foucher suffered a suspected partially torn Achilles during the box jump overs in Event 3 and continued to compete, finishing both Events 4 and 5 in a compression boot.

Her efforts allowed her to close off Day 2 of competition in 4th place – a performance which impressed upon the CrossFit community just what an exemplary an athlete Julie Foucher really is.

Many applauded Foucher’s efforts after her performance on Day 2, little did they know she would return to score in the remaining events and finish in 8th place overall.

Watch @juliefoucher in what could be her final appearance on the competition floor now at Games.CrossFit.com.

Following a standing ovation, Foucher began the row of the Event 6 triplet of Row, Chest-to-Bar, Deficit HSPU some 10-15 seconds after the rest of the women in the top heat. Keeping to a 3-min pace per round, she was able to successfully finish the 5 rounds that many other couldn’t within the 16 minute time-cap.

While Foucher’s determination to showcase her exceptional athletic skill impressed many, it was clear that Event 7 presented the all-too-real fact of a movement impossible to successfully complete with a torn Achilles – the heavy squat clean.

In a decision that no-doubt signified further her tenacity and grit, Foucher completed the 15 muscle-ups and ended her 2015 CrossFit Games season there, not attempting the first lift, rather choosing to cheer on Brooke Wells who showed, after dominating all weekend, uncharacteristic difficulty on the 15 muscle-ups. Despite the hiccup, Wells went onto to win the Region, an impressive feat as a 19 year old rookie.

While Foucher’s efforts over the weekend exhibited her all-class athleticism, Foucher finished 8th overall in the new Regional format while doing more than half of the events with a serious injury. With 2015 famously being Foucher’s final year of competition, she chose to finish on a high to the sound of overwhelming cheers from both the stadium and throughout the community – cheers that will no doubt reverberate in years to come.

Luckily, the high of the what was evidently an emotion-fueled weekend was felt by Julie herself who just this afternoon left a long post on her Instagram account stating that despite the weekend “not going as planned” she had “the most fun on the competition floor than ever before.”

The smiling, unassailable Julie Foucher will most definitely be the one the CrossFit community remembers. Foucher’s Instagram post:

This weekend definitely didn’t go as planned, but in many ways it was the perfect ending to my @crossfitgames competition career. I experienced an entirely new level of the @crossfit community, and I had more fun on the competition floor than ever before. Congratulations to all the qualifiers; it’s an honor competing alongside you. Thank you to the volunteers, support staff, and every single person who reached out with an encouraging word or smile this weekend. Thank you to my sponsors for their unwavering support. I’m so blessed to be part of this community, and I am excited to see what’s in store for the future. | #CentralRegional #ThankYou #Gratitude #CrossFit #CrossFitGames | @reebok @roguefitness @rxsmartgear @purepharma @beyondthewhiteboard @airrosti @fuelforfire @paleopowermeals @hyperwear @qaloring @hyperfitusa @mikecanales1 @dominiquemoceanu @hinshaw363 @daniu1234 @tadkins04   A photo posted by Julie Foucher (@juliefoucher) on May 31, 2015 at 8:15pm PDT