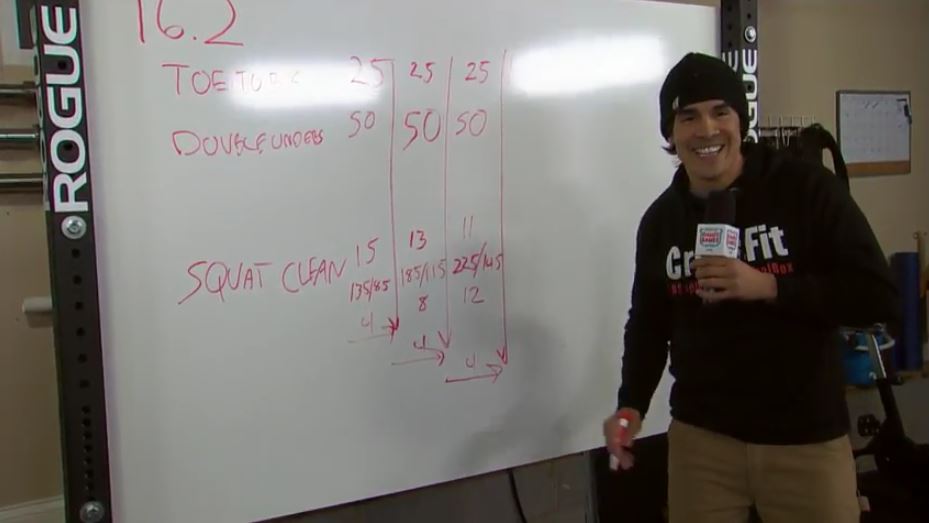 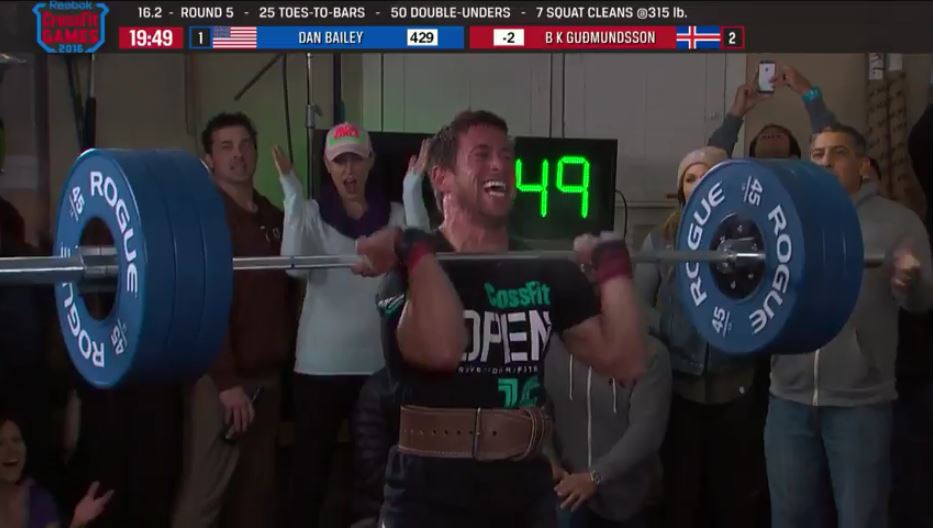 After an ascending, bonus round AMRAP workout which consisted of toes-to-bars, double-unders and squat cleans, it was Dan Bailey who defeated Björgvin Guðmundsson in the CrossFit Open 16.2 announcement throwdown.

Bailey, the five time CrossFit Games veteran started the workout stronger, ripping through the 25 toes-to-bars unbroken, while Guðmundsson opted to break up the reps from the beginning.

Both athletes chose to complete single squat cleans rather than tap and go, despite the early weight being relatively light for them.

Bailey was the first athlete to complete his first round, well inside the 4-minute time cap and continued to extend his lead as the workout went on.

By the third round Bailey was almost half a round ahead of  Guðmundsson, who still looked controlled and reserved as he grinded through the workload. 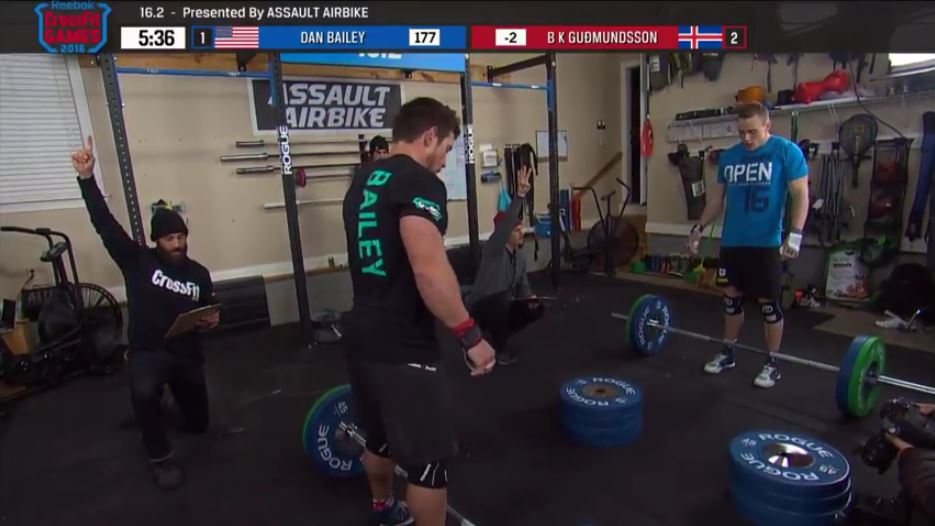 The fourth round is where both athletes started to show signs of fatigue. Bailey began to break up his toes-to-bars while Guðmundsson continued to slip further behind, despite still staying well inside the time cap.

Guðmundsson ended up finishing the round just seconds inside the time cap and joined Bailey in starting the final round.

Both men pushed through the final reps of toes-to-bars and double-unders with plenty of time to spare to get through the seven final squat cleans at 315lb.

Bailey managed to hold onto his lead and with just seconds remaining was able to complete his final rep and finish the workout inside the 20-minute time cap with a time of 19:49.

Guðmundsson, the podium finisher at the 2015 CrossFit Games, ended up just two reps short of completing the workload and ended up finishing on a score of 428.

For the full description of 16.2 you can find the workout here, and the full breakdown for all divisions on the Games website which can be found by clicking here.

You can also re-live all the action from the throwdown by watching the replay in the video below: