A Closer Look at the 2013 CrossFit Regional Workouts 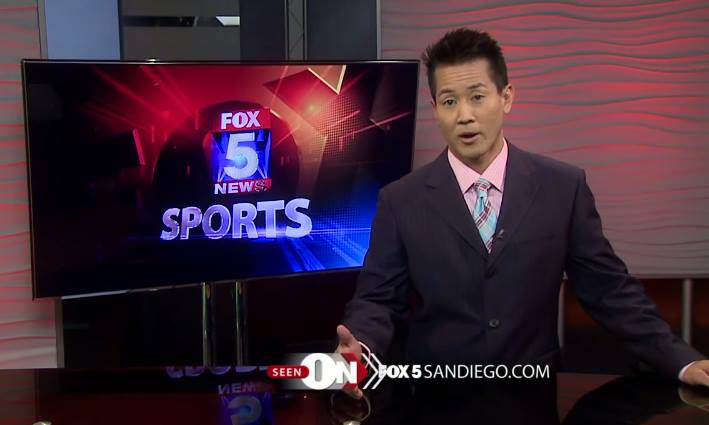 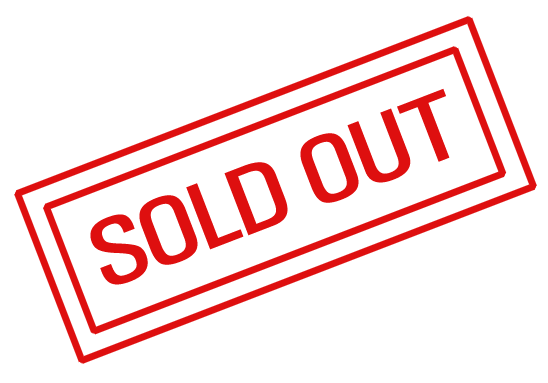 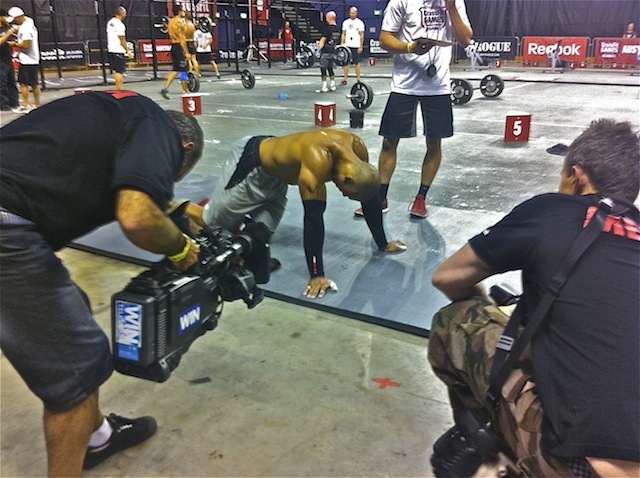 “No more surprises!” CrossFit HQ declared on Wednesday when it released all seven individual and team events for the 2013 Regionals.

Most competitors’ reactions? An avalanche of four-letter words that can’t be reprinted.

The fourth event, a brutal 400-rep chipper, will be held on Saturday morning. Competitors must perform 100 wall balls, 100 chest-to-bar pull-ups, 100 alternating one-legged squats, and 100 alternating one-arm dumbbell snatches. Then, with hands blistered and bloody from chest-to-bar pull-ups and legs burnt out from wall balls and one-legged squats, competitors move on to the fifth event: 21-15-9 reps for time of deadlifts and box jumps.

There will be no elimination following Friday and Saturday’s events. So all athletes must go on to compete in two more brutal events (six and seven) on Sunday.

The sixth event is another chipper: 100 double-unders, 50 handstand push-ups, 40 toes-to-bar, 30 shoulders-to-overhead with an axle, and 90 foot walking lunges holding the axle in the front rack position. The seventh and final event consists of four rounds for time of two 15 foot rope climbs, a 100 foot sprint, 4 squat cleans, and a 100 foot sprint. 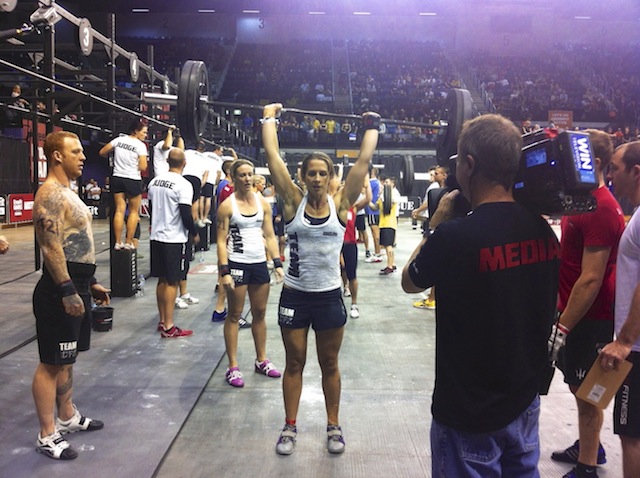 The 2013 CrossFit Regional events are fairly consistent with past years’ events in terms of intensity and the array of movements performed. In an attempt to keep things “constantly varied”, however, HQ has scheduled seven events instead of the usual six.

The extra workout doesn’t have too many athletes or coaches concerned. But the order of the events does.

There is no doubt Friday’s events will be tiring. Saturday’s chipper, however, will seriously affect competitors’ abilities to perform consistently throughout the rest of the weekend.

Lindsay Hurte, a three-time Regional veteran on track to compete in her fourth Regional competition in Wollongong, New South Wales, Australia this May, sees Saturday’s chipper as the most significant challenge to competitors.

“Any time there are 100 pull-ups involved, let alone 100 chest-to-bar pull-ups, you are asking for pain and mental toughness,” Hurte explains. “A similar WOD presented itself in 2011 (at the CrossFit Regionals), and hands were torn and bloody, lats were annihilated, biceps rendered useless. All just to rush into the next set of 100 reps in an effort to finish all 400 by a certain time.”

Athletes of the calibre required to qualify for Regional competitions certainly have the lungs and the strength to finish a WOD like this. The challenge will be convincing themselves of that one hundred, two hundred, and three hundred reps into the workout.

“A workout like this not only tests an athlete’s fitness, but also mental strength and ability to strategize through a long and taxing workout,” CrossFit Endurance coach Chris Lilley explains.

“An athlete needs to have a plan; they need to know their strengths and weaknesses and have a rep scheme in mind to get through the four exercises as fast as possible.”

The chipper, Lilley adds, also signals the halfway point for the weekend’s events. “Once this is done, we will have a rough idea of the final standings, which adds some extra pressure to do well.” 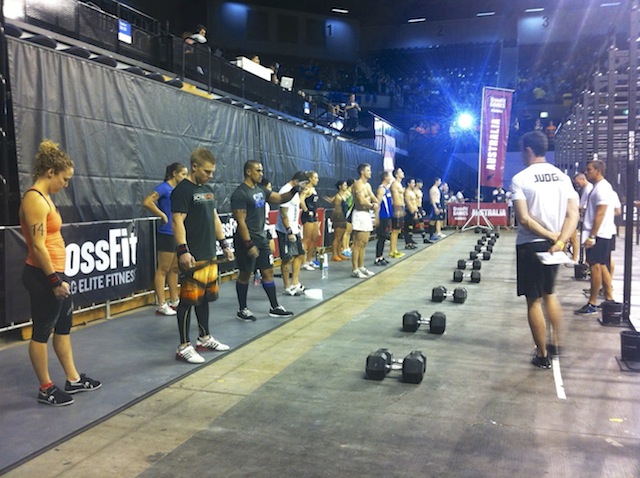 Saturday’s events will ultimately weed out those who have been able to skate by on relatively minimal preparation over the past year. But most competitors, like Hurte, have been eating, sleeping, and breathing Games training all year. Now that they know what they’re up against, most are using the remaining weeks before Regionals to fine-tune their weaknesses.

“I have not made many changes to my programming,” says Hurte. “I am still following Outlaw, with a few tweaks to work on my weaknesses.”

Despite the reps ahead, Hurte is grounded and optimistic. “I love competition and I love being surrounded by dedicated athletes, so this weekend will just be a conglomeration of pain, blisters, DOMS, trigger point work, and fun.”

Lilley’s outlook is similar. “The athletes that move the most efficiently, have the highest level of fitness and the best ability to recover should be rewarded. I think the overall programming of the Regional events will ensure the best athletes finish at the top.”

The 2013 CrossFit Regional competitions begin May 17 and continue through to June 9. The top three men and women from the United States, Australia and Europe will be invited to the Games. The top two men and women from Canada East and Canada West will also obtain invites. Finally Asia, Africa, and Latin America will each see one man and one woman qualify for the 2013 CrossFit Games, held June 22-28 in Carson, California.