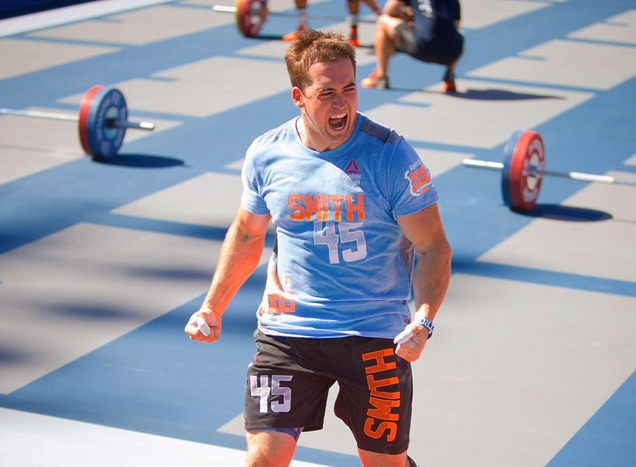 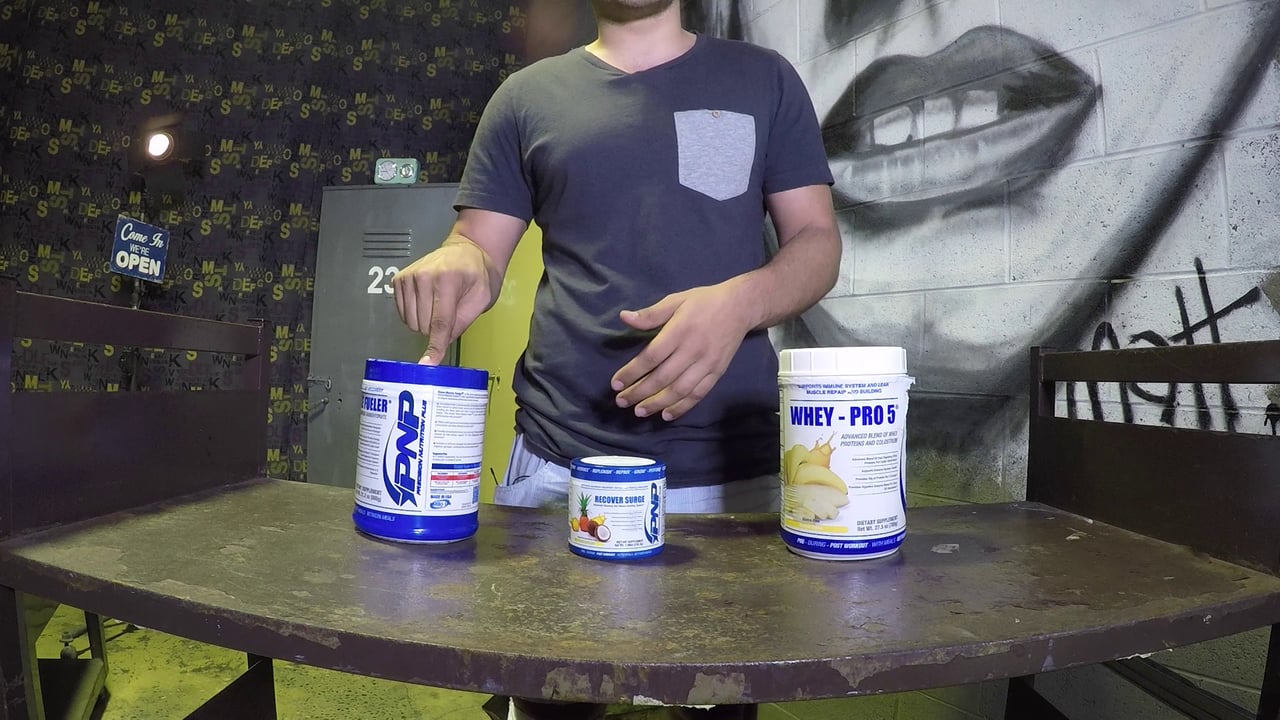 After a morning of ocean swims and paddling at Hermosa Beach Pier, and a night under the lights carrying sandbags at the StubHub Center, Day 1 of the 2015 CrossFit Games is now over.

The first day of competition ended with a European youngster on top in the men’s half and an Australian veteran leading the way in the women’s, while several former champions were right within striking distance.

Here’s how it all unfolded

The eagerly anticipated “beach event” was announced by CrossFit Games Director Dave Castro as a 500m swim followed by a 2 mile paddle finished by another 500m ocean swim. Athletes had no where to hide in this event which took place completely in the water and utilized a paddle-board sans a paddle. Starting with a 55 minute time cap which was extended to 60 minutes to encourage the max amount of completions, the event quickly separated the water-savvy from the rest.

Perhaps unsurprisingly Kara Webb lead most of the way in the event holding her lead in the first leg echoing her dominant 3rd place finish during the 2014 beach event. Webb was overtaken however by Anna Tunnicliffe and fellow Aussie, Games rookie Sammy Wood on the paddle-board.

Webb just not as efficient as the Tunnicliff and Wood managed to keep close enough to pass both women on the 3rd leg and final leg of the event. Michelle Letendre’s strong swimming backround saw her take a commanding second place in the event.

Chyna Cho an ex-collegiate swimmer was able to maintain her composure during the paddle to finish the event in 3rd place with another rookie from Australia, Tia-Clair Toomey storming the sand in the final few seconds of the event to take 4th place from Tunnicliffe in an impressive sprint finish.

@karawebb1 and @sammywood26 are first to complete the 2-mile paddle. A 500-yard separates them from the finish. #CrossFitGames

It was the thunder from down-under which stuck again in the men’s competition which saw three Australians in Khan Porter, Chad Mackay and rookie Ben Garard and one New Zealander in fellow rookie Kevin Manuel finish in the top 12 of the event.

None could hold off the commanding Fin Jonne Koski from winning the event comfortable after sitting neck and neck with Porter during the paddle portion of the event.

Ex-water polo player and Games favorite Noah Ohlsen proved tough to beat in the water coming in 3rd following another sprint finish with Mackay in 4th closely followed by Garard who came in 5th.

One thousand meters of swimming, 2 miles of paddling, but it came down to a foot race between @nohlsen and @mackay_chad. Every point matters. Video: @hebercannon #CrossFitGames

In a great throwback of the 2010 CrossFit Games event, the Sandbag 2015 was the second event for the individuals and took place on Wednesday afternoon Pacific Time in Carson, California.

In an event which speaks true to the CrossFit methodology which seeks to cultivate functional fitness in its athletes, Games athletes were required to move 8 Rogue sandbags (4 50lb/22.5kg and 4 70lbs/32kg for the ladies and 4 70lbs/32kg and 4 100lb/45kg for the fellas) from one side of the tennis stadium to the other. To do so athletes utilized well-trained functional movements such as the deadlift, the muscle-up, and the clean and jerk while managing the jacked heart-rate resulting from multiple stair runs carrying odd objects.

Sandbag 2015 reeked havoc to the field and greatly shook-up the leader-board once again proving that overall fitness and the ‘ready for anything’ attitude and skill set is essential for Games competition.

For the women the Sandbag Carry event was broken up into 7 loaded heats, filled with an array of veterans and rookies who contended with the exhaustive work. It was not surprise that 8 time Games veteran, Rebecca Voigt won the first heat. Voigt of course participated in the event when it surfaced in 2010. Her time however was surpassed by each heat consecutively Until Anna Tunnicliffe annihilated the event in 8:30 followed by Canadian Emily Abbott who finished in 9:03 and Kara Webb finishing in 9:33 which was good for third place in the Event.

Both Webb and Tunnicliffe consolidating their position on the overall leader-board after impressive performances in Event 1 Pier Paddle with Webb in 1st and Tunnicliffe in 2nd after two events. The women’s leaderboard considerably shifting on account of Sandbag 2015 with the reining champ Camille Leblanc-Bazinet sitting in 22nd place overall after finishing in 33rd place while 2013 champ Sam Briggs sitting in a comfortable 5th overall after remaining consistent in both Event 1 and 2.

It was Lukas Hogberg hailing from Europe who kept a blistering pace finishing in 10:07, with 2014 runner-up Mat Fraser, after a tight race with 2010 Games champ Graham Holmberg, finishing the event second in 10:38. An impressive showing by Aussie Chad Mackay matching his earlier placing of 4th to ensure his place sitting tied at the top of the overall leaderboard with Finnish sensation Jonne Koski.

The men transfer 720 lb. from the top of the Tennis Stadium, across the competition floor and up the other side during Sandbag 2015. #CrossFitGames Photo: @scottdwallace